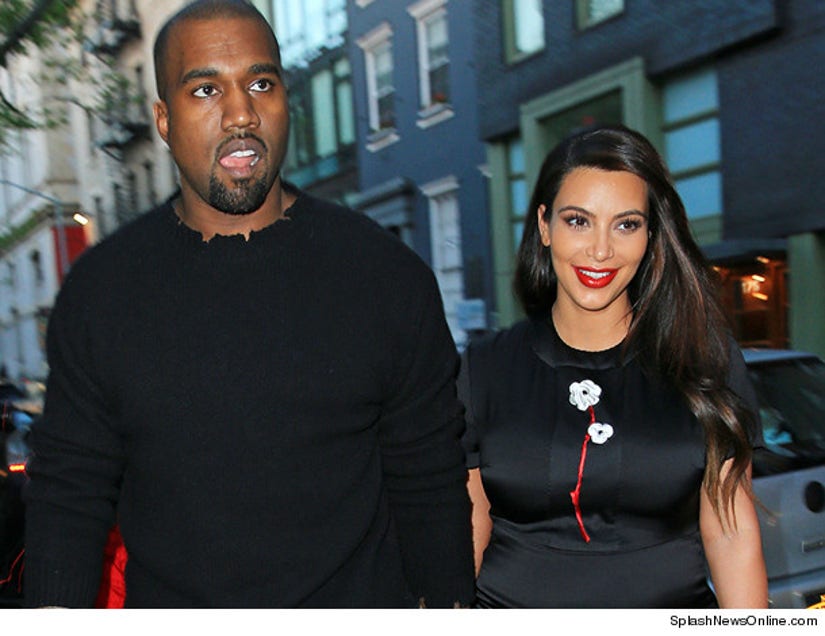 Kim Kardashian's baby shower went down this weekend -- and only toofab knows the gift from Kanye West that had everyone crying.

The lavish event was hosted by Shelli and Irving Azoff at the music manager's home in Beverly Hills, which Kim told friends was the "prettiest place she's ever seen."

Kim's sisters Kourtney Kardashian, Kendall Jenner, Khloe Kardashian, Khloe's husband Lamar Odom and Kim's mom Kris Jenner were all on hand for the affair, as well as relatives from both sides of Kanye's family.

And while there were probably a few ostentatious presents, it was a sentimental one from Kanye that really stood out to Kim.

Sources tell toofab that West surprised his baby mama by finding out what books Kim's father, the late Robert Kardashian, used to read to her as a kid -- and then went out and bought vintage copies of them all, to read to their little girl after her birth.

The present left the entire party misty-eyed, with Kim gushing that it was "so sweet!" to friends and family.

But it wouldn't be a Kardashian baby shower without one over-the-top present from her man -- and he delivered there too.

We're told Kanye also got Kim a diaper bag. But not just any diaper bag, this one was from Hermes.

Yep, Kim's unborn baby already has a better bag than you.

See more photos from the shower below! 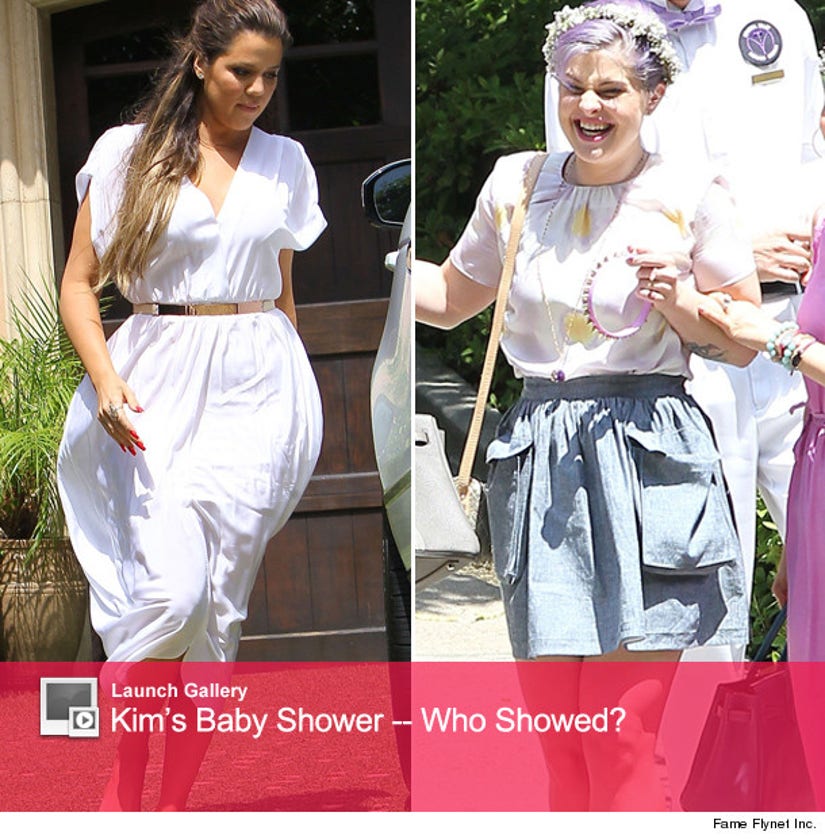