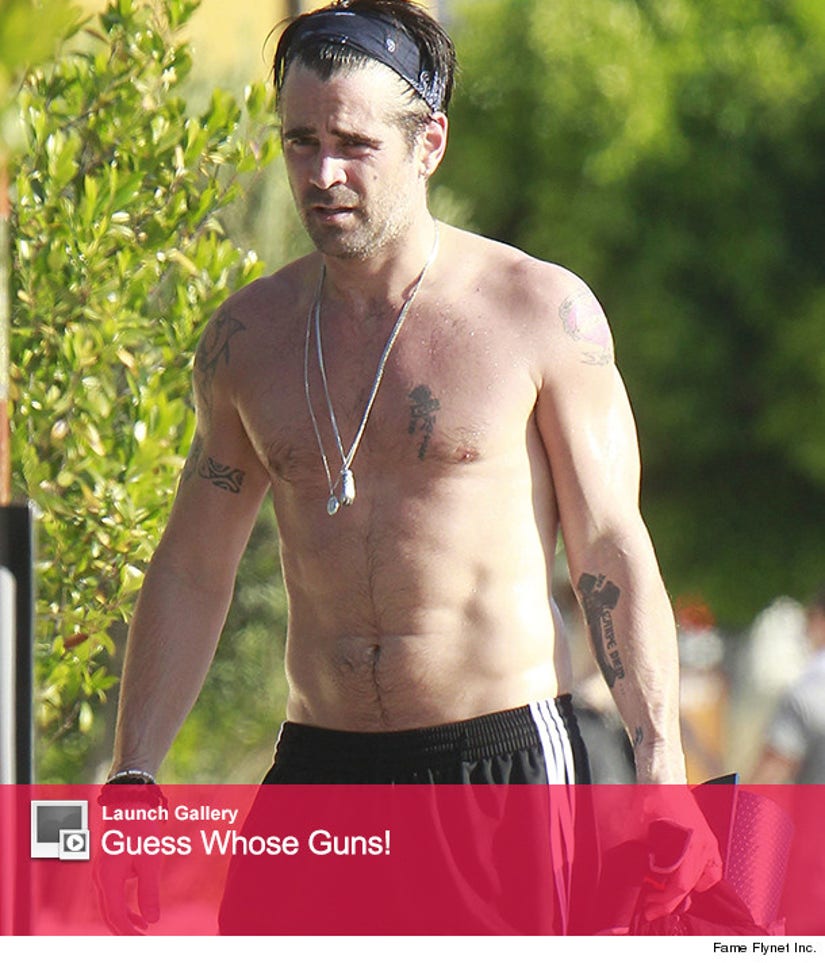 If you guessed this ripped, inked arm belonged to Colin Farrell, you're correct!

The 37-year-old actor emerged shirtless and sweaty from a yoga session in Los Angeles on Monday.

We've been missing Colin's face (and bod) from the big screen, but he did voice Ronin in the animated film "Epic" this summer. He has two films in post-production right now, the horror film "Winter's Tale" and the Walt Disney biopic "Saving Mr. Banks."

Colin's workout partner was a pretty brunette, but don't worry ladies. It was his sister Claudine.

Click on the "Launch Gallery" link above to see if you can guess more Hollywood hunks from their bulging biceps and buff bods!