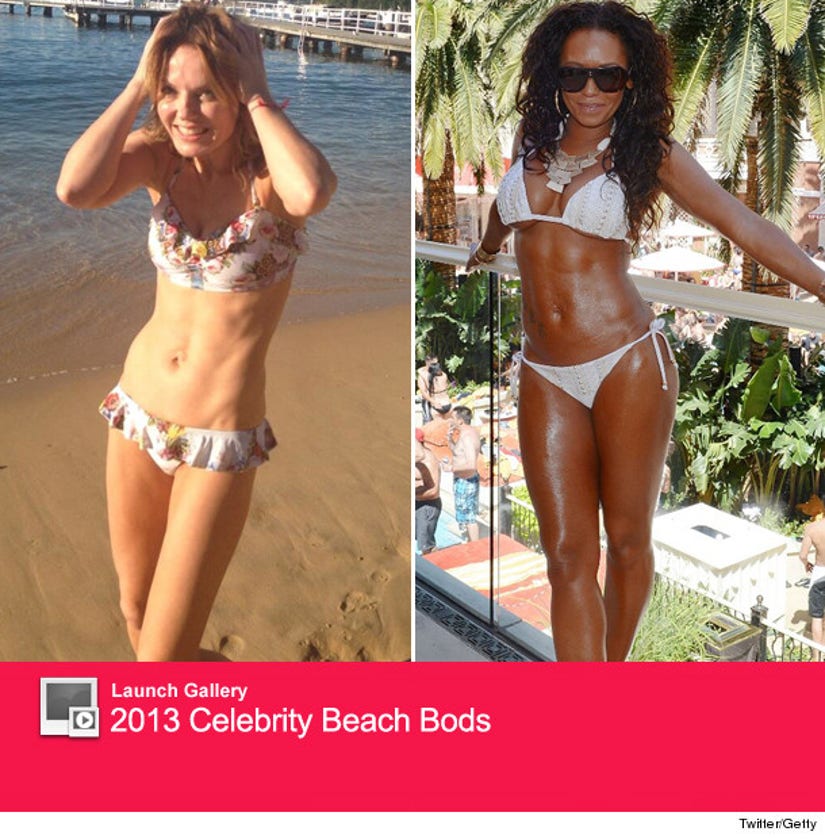 Tell us who you want, who you really really want.

Spice Girls singers Geri Halliwell (Ginger Spice) and Mel B (Scary Spice) both showed off their bikini bods this week -- and both looked AMAZING.

It's clear the two still hit the gym on a regular basis, as both women were rocking impressive stomachs younger pop stars would kill for.

With Mel B celebrating her 38th birthday last week and Geri turning 41 in August, they're two of the hottest moms out there.

But which look do you prefer? The Geri's lean physique or Mel's slightly curvier (but still fit) figure?

Vote below and see more celebrity beach bods in the gallery above.

Want to see what more of your favorite '90s and '00s pop stars look like now? Check out our Now & Then gallery too: