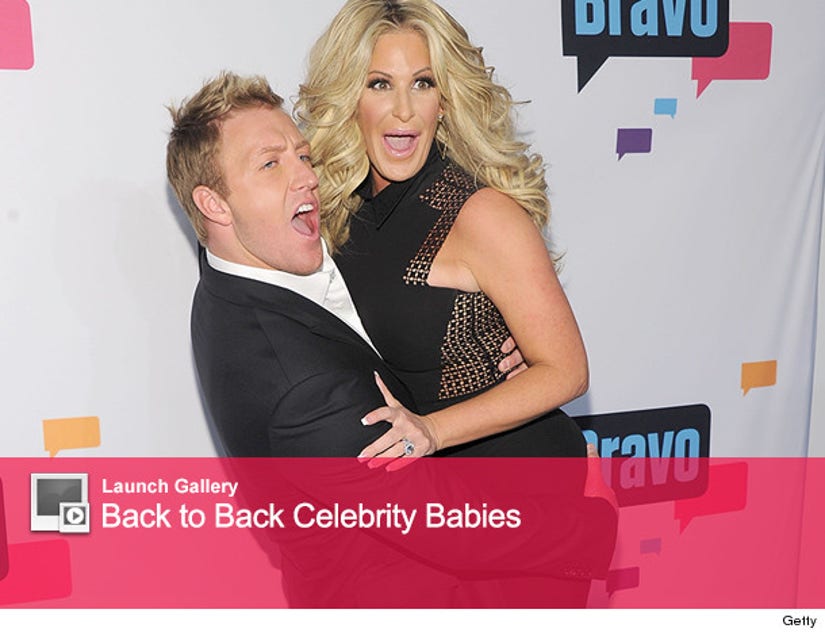 Kim Zolciak-Biermann is tardy ... and late!

The former "Real Housewives of Atlanta" star is pregnant with her fifth child (her third with husband Kroy Biermann) -- multiple sources have confirmed to Us Weekly. toofab reached out to Kim for comment, but has yet to hear back.

Bikini photos from Memorial Day weekend of the 35-year-old revealed a baby bump. At first, we thought it was residual baby weight from her fourth pregnancy (she gave birth to son Kash back in August). But she's appeared to have bounced back to her former figure soon after giving birth.

TMZ caught Kim smoking while she was pregnant with son Kroy Jagger back in 2010. She has two other daughters, Brielle and Arianna.

Congratulations to you Kim, but please kick the bad habits!

For more celebrities who had back-to-back babies, click on the "Launch Gallery" link above!