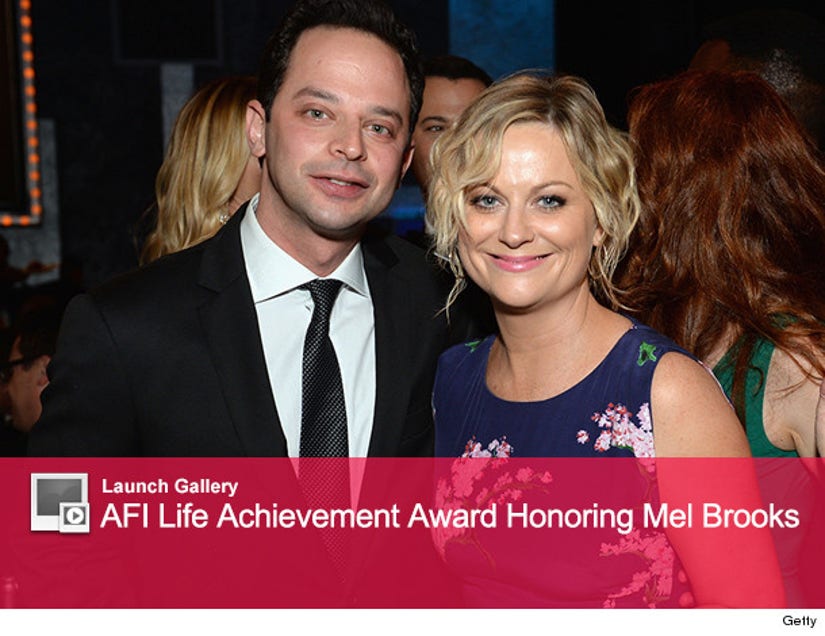 Amy Poehler has a new man in her life making her laugh.

The 41-year-old "Parks and Recreation" star, who separated from husband Will Arnett back in September, cozied up to new beau Nick Kroll at Thursday's AFI 41st Life Achievement Award Gala in Hollywood.

Like Will, Nick is a comedian. The 35-year-old hosts "The Kroll Show" on Comedy Central and played Rodney Ruxin on "The League." Of course, "Parks and Rec" fans will recognize Nick as "The Douche," a popular Pawnee radio host.

So Amy traded up in money (though she's a top-earning comedienne), but what about looks?

As for Will, he told Details in May that he's "not officially dating."

Click on the "Launch Gallery" link above to see more photos from the event!