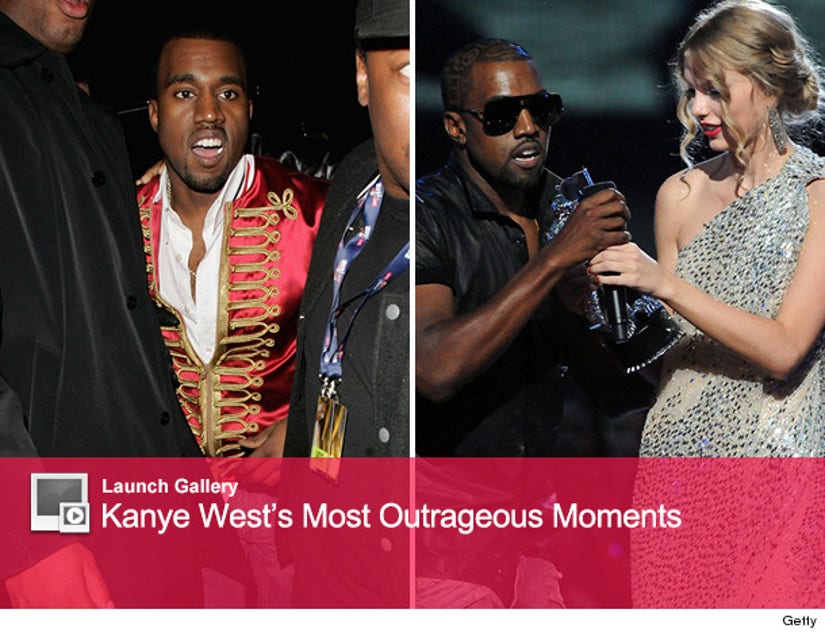 Even though Kanye West is about to be a dad, he's still making headlines for his outlandish behavior!

The rapper turns 36 years old today, and to celebrate we've pulled some of Kanye's most Kanye moments through the years.

From his recent run-in with the paparazzi, to declaring "George Bush doesn't care about black people" and even his stint at the 2009 MTV Video Music Awards when he bullied poor Taylor Swift -- Kanye gets a little crazy sometimes.

On the flip side (and some good news for his baby-mama, Kim Kardashian), West's starting to control that "big ego" of his.

We're sure the musician will make an awesome dad ... but he just wouldn't be Yeezy without staying true to his infamously eccentric ways.

Kanye will fit in just fine with the Kardashian clan, that's for sure! Click "Launch Gallery" above to see all of Kanye's craziest moments.