Leeann Tweeden is sexy ... and expecting!

The model-turned-TV host ("Poker After Dark" and "UFC Tonight") is six months pregnant with her first child, and only toofab has the exclusive details, plus photos from her sexy pregnancy photo shoot.

Leeann, who turns 40 today, and her husband Chris Dougherty are expecting a boy.

"I was happy to get pregnant naturally," the mom-to-be told toofab's Lawrence Yee. "I didn't have to do in vitro." 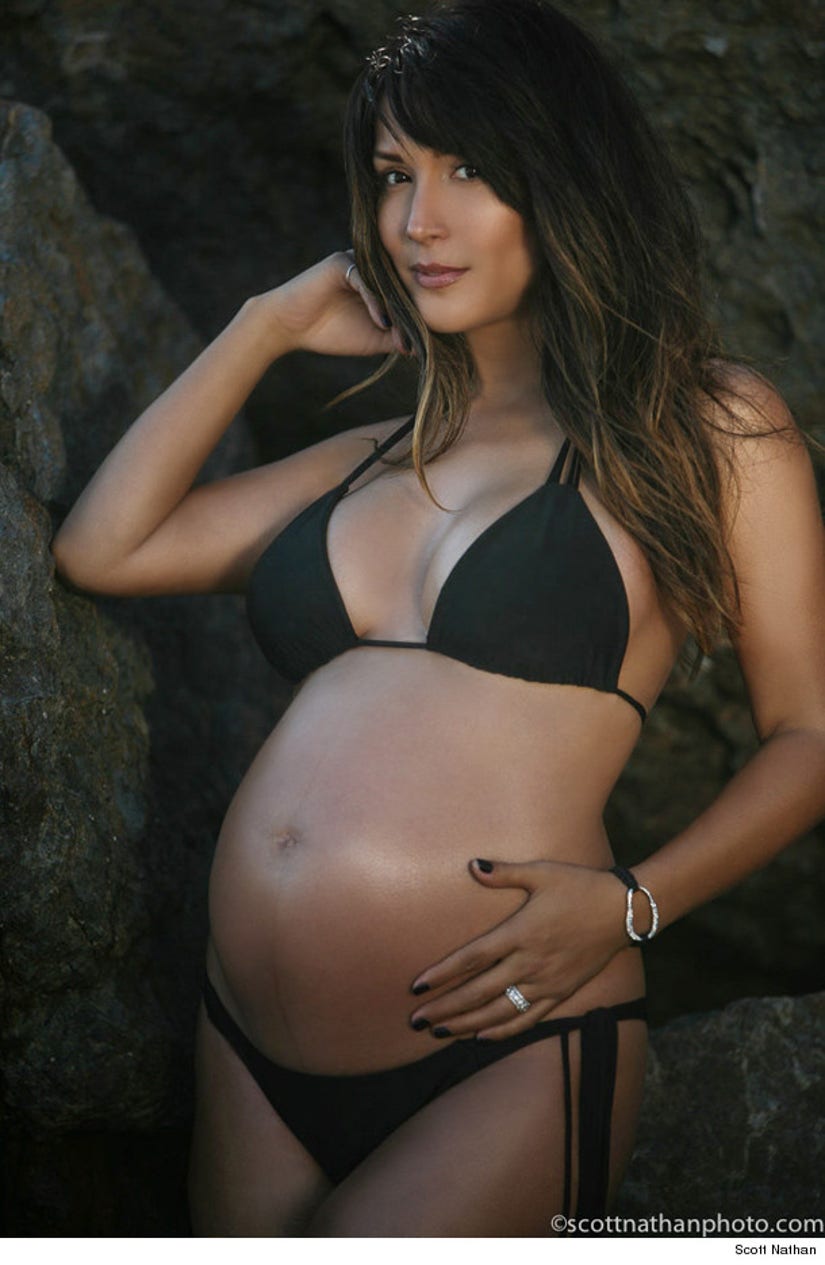 "I've shot with David LaChapelle, where there's been 100 people around," Leeann explained. "This was just three people shooting on the fly [Leeann, Scott, and a makeup artist]."

The experience was completely different from her previous bikini and lingerie shoots. "I dont have to suck in my gut!" Leeann declared. "When you're a lingerie model, clients are like, 'can you lose 5-10 pounds?' You're always trying to be skinnier, trying not to eat bread. It's a different feeling. The [pregnant] female body still looks beautiful. This is what the female body is meant to do." 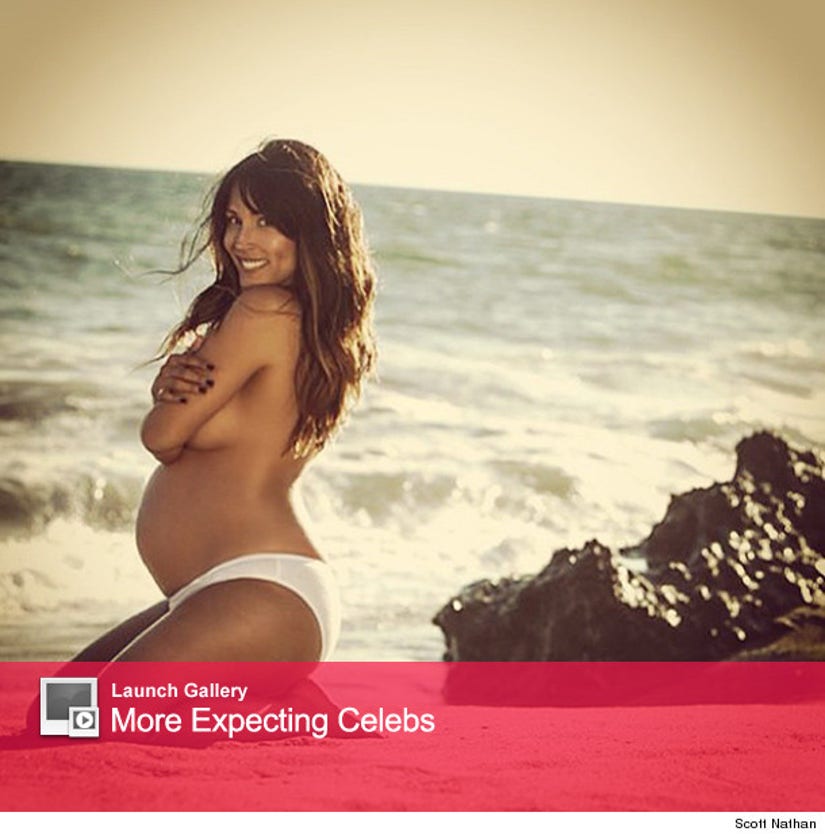 Leeann's top priority after giving birth will be her son, not getting her body back. "I'm not the neurotic workout person," says Leeann, who's been keeping in shape by hiking. "I've never been that girl. I'm not walking the catwalk a week after giving birth, so I don't have to put that on myself."

"I can't wait to see him," the mom-to-be says. "My husband is almost 6'5". I'm a mix of Filipino, Spanish and Norwegian. I can't wait to meet him, see what his personality is like."

Would the "UFC Tonight" host and self-admitted tomboy allow her son to become a fighter? "You never know. I think I would be supportive of him whatever he wants to do. You have to let your child live his life. You hope you give him a good foundation and have faith that the child makes the right decision for him."

The fall will bring more changes than just a baby. "UFC Tonight" is moving to the new FOX SPORTS 1 network at the August and expand to an hour show.