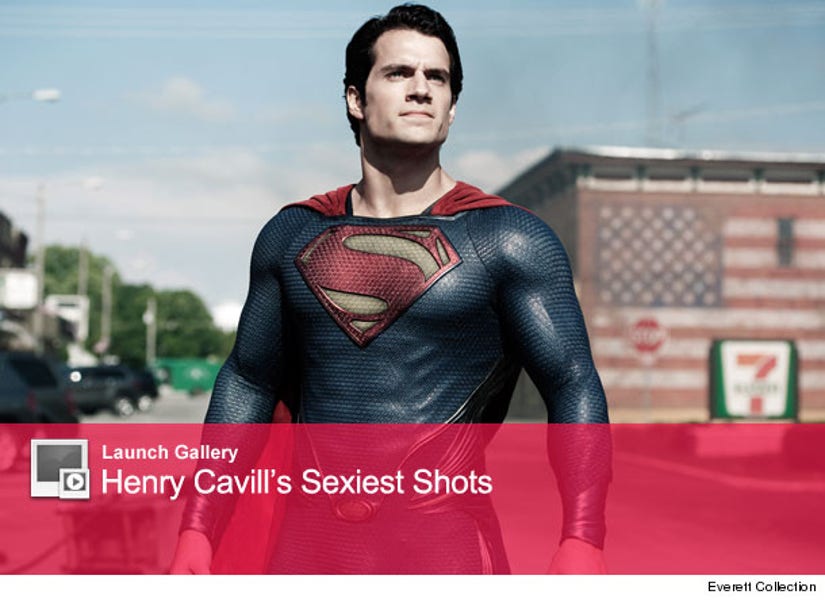 In recent years, there's been a slew of superhero film remakes -- some worthwhile ("The Dark Knight" trilogy) and some completely unnecessary ("The Amazing Spider-Man").

"Man of Steel" falls somewhere in between. Superman is arguably the most iconic comic book hero, and the last effort to bring his red-and-blue tights to the big screen (Bryan Singer's "Superman Returns") was generally panned. Zack Snyder, who directed the overly ambitious "Watchmen," takes on the Superman mythos in "Man of Steel," which opens tonight at midnight.

It's a story that we're all familiar with. Parents from the dying planet Krypton send their only son to Earth, where he's raised by Midwest farmers. After discovering he has incredible superpowers, the son takes on the mantle of Superman after his adopted home is threatened.

At its heart, "Man of Steel" is a tale of two fathers: Jor-El (Russell Crowe) and Jonathan Kent (Kevin Costner). Both men are noble, wise, and guide Kal-El/Clark (Henry Cavill) into become the man, or Superman, he is destined to be. The origin story is told via flashback, but the non-linear format isn't too distracting.

What *is* distracting is the dialogue, which at times fluctuates from serious ("My father believed, if the world found out who I really was, they'd reject me," Superman says) to silly (one extra comments on Cavill's good looks, gushing, "I think he's kinda hot"). And Snyder seemingly abandons the script in the last third of the film for non-stop action.

That's not to say the action isn't enjoyable. In fact, it's the highlight. The fights between Superman and the villainous General Zod (Michael Shannon) take place at superhuman speed -- your eyes will struggle to capture all the action. There's the mass destruction of Krypton and later Metropolis (you'd think that Superman would show a little more concern for saving human life). Throughout the film, the bombastic sound effects only add to the adrenaline rush.

Henry Cavill certainly has the physicality to play Superman -- his muscles literally bulge out from under his clothes. The hunky actor also possesses a modesty that suits the role well, though he lacks some of the goofy charm the late Christopher Reeve had. Russell Crowe and Kevin Costner, particularly the former, bring a sense of nobility to their roles. And Michael Shannon plays one angry Zod. Amy Adams' Lois Lane is a bit schizophrenic; at times she's an intrepid journalist, at others, she shows the same naive curiosity that her character Giselle has in "Enchanted."

Despite these flaws, "Man of Steel" is everything a superhero film should be: filled with tragedy, dramatic rescues and amazing action.