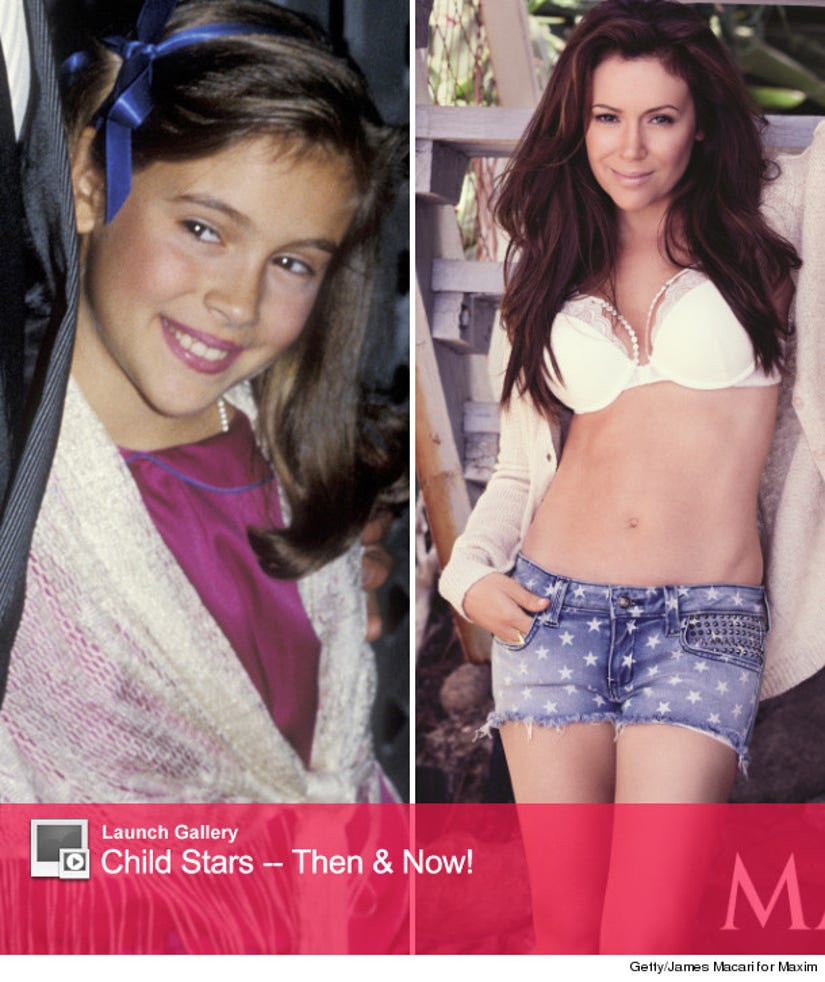 Alyssa Milano has grown up right in front of our eyes -- and she's showing just how much she's matured in the new issue of Maxim!

The 40-year-old actress and mother-of-one flaunts some serious cleavage for the July cover, sporting Daisy Dukes and a bra for the sexy photo shoot. 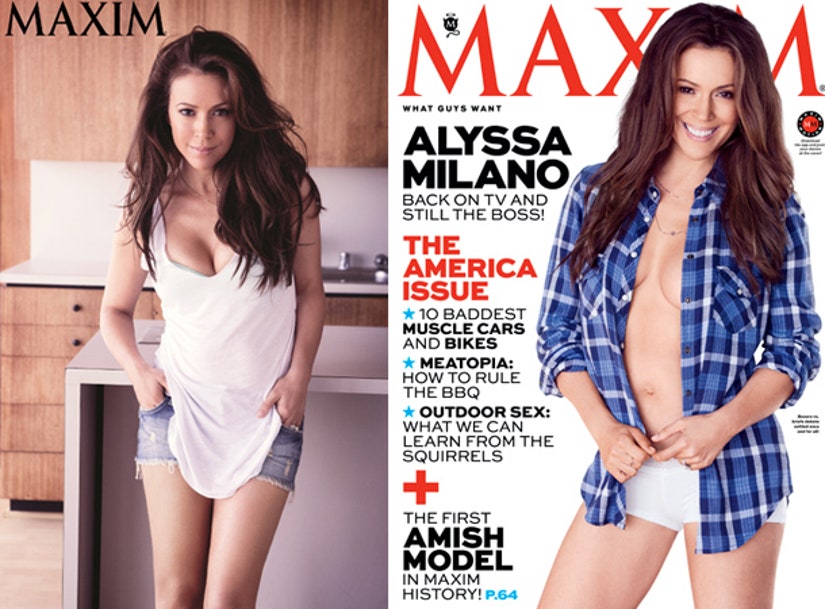 And while she currently stars on "Mistresses," Alyssa was only 12-years-old when she started acting on "Who's the Boss?" back in 1984 -- and admits it was only semi-embarrassing to grow up on TV.

"But it wasn't weird, because I didn't know any different," she says. "I went through puberty like everyone else; it only got embarrassing when the show would take what was going on with me and write it into the show, like 'Samantha's First Bra.' It was like, OK, guys, do we really need to do this? But what an awesome time stamp!"

Alyssa also talks about work as a child star, revealing why she thinks was so successful after she grew up.

"That was an era when TV child actors just didn't work after their show was over," Milano tells the mag. "I think Christina Applegate and I are the only two who maintained some sort of career path past the shows that launched us. But I have a great family, and I look at a lot of these kids who struggle in the industry and think they'd have struggled no matter what they did."

Check out the gallery above to see how more child stars from the '80s and '90s aged through the years!