This week, Kate Gosselin was thrust back into pop culture when a photo of her appearing to mock Asians spread like wildfire on Twitter.

The pic showed her sporting a plastic Geisha wig and making "slanted" eyes, which prompted many websites to suggest she was making "racist" gestures. 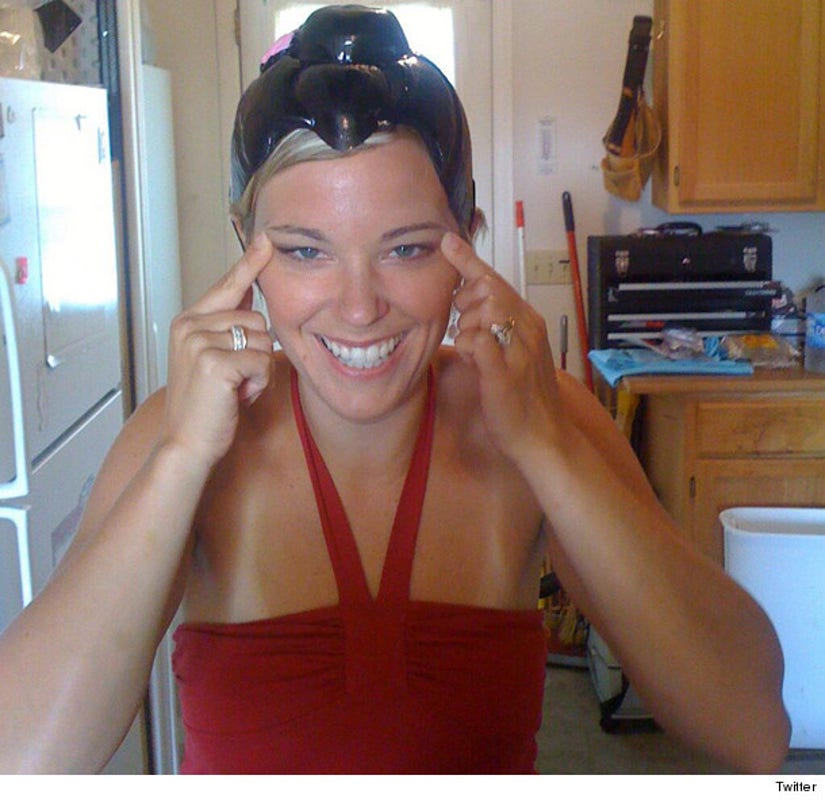 Well, Kate ain't taking it -- and spoke out today on her official website.

"This was a happy memory of mine. It was a happy time for me and [ex-husband] Jon, smiling and 'goofing off' together," she says of the personal shot ... which Kate says was released without her permission.

"Jon and I were opening fan mail together one afternoon and when we opened this plastic Asian dress up wig sent from a caring fan, we smiled, each taking turns posing in it and snapping photos (on my phone) of each other," she adds. "Naturally, I 'slanted' my eyes to show him my best Asian impression, which made him smile."

She says the wig was sent in by a fan who wanted to help the reality star "look Asian too," since everyone else in her family was.

"I married an Asian. I have eight biracial children therefore I'm quite certain that I'm the last person that could be called a racist," she continues. "I learned to cook Korean foods from Jon's mom and grandmother. I couldn't be more proud of my eight beautiful children and wouldn't change anything about them or their heritage."

Check out her full response over at her website, which includes a photo of Jon wearing the same wig -- do you believe her explanation?