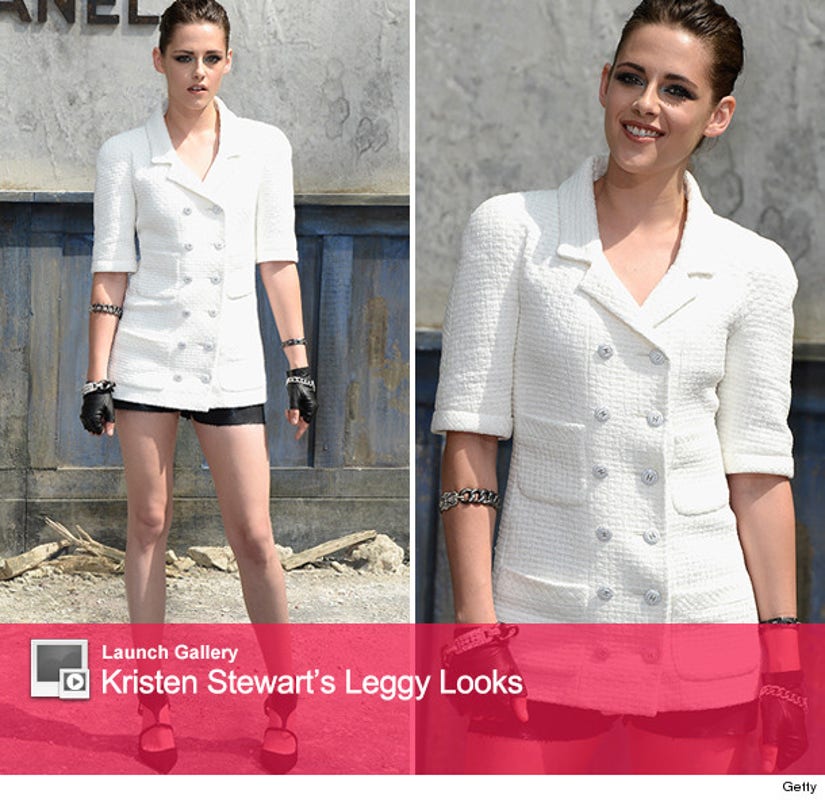 The "Twilight" star paired them with a crisp white blazer and, perhaps in homage to Chanel designer Karl Lagerfeld, a pair of leather gloves. Her look is definitely secretary meets biker, but somehow KStew makes it work.

Someone who didn't rock her look at the Chanel show was Rihanna.

The pop star wore a shirt dress but barely buttoned it up, exposing her torso tattoo and nearly her crotch. The dress was so sheer RiRi's nipple piercings were visible, too. Check out more of her tattoos on display by clicking the "Launch Gallery" below: 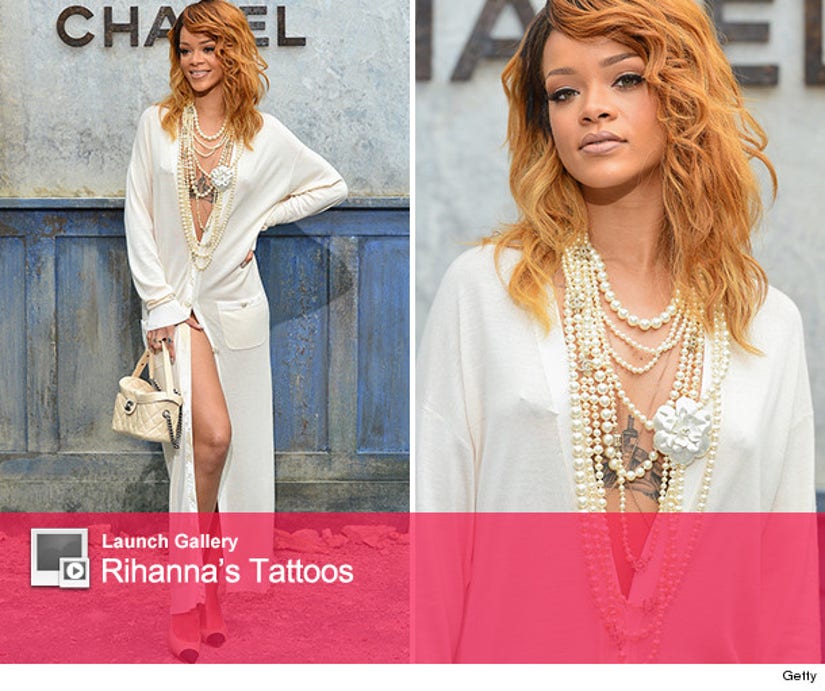