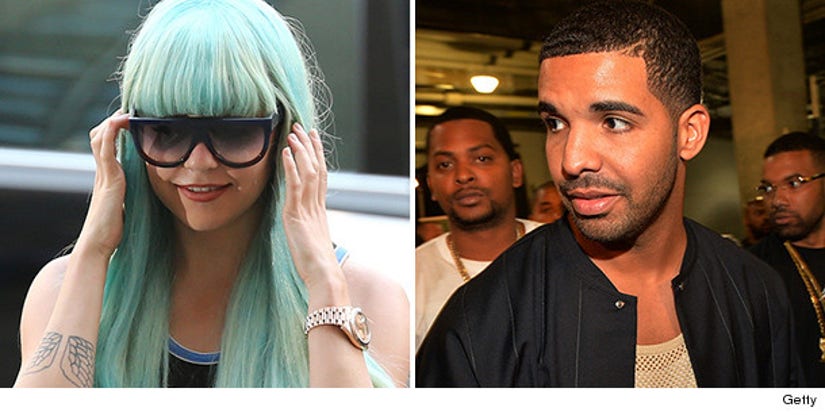 Amanda Bynes has tweeted out some wild things -- but none got more attention than the very vulgar one directed at Drake.

The actress, who is currently under a 5150 hold, used her Twitter in the past to tweet out messages like "I want Drake to murder my vagina" ... and has called him "Ugly" numerous times.

The rapper has been silent about her messages, until now.

In the new issue of XXL magazine, Drake finally addresses the tweets -- and reveals he's a bit skeptical on if Amanda's even the one sending them.

"I don't even know who that is doing that or what that's about," he tells the mag. "If that is her, I guess it's a little weird and disturbing. It's obviously a behavioral pattern that is way bigger than me."

"Whoever is behind it, whether it's her or somebody else, they know people are paying attention so they keep it going," he adds.

The 27-year-old actress is in a psychiatric hold after she started a fire in a driveway of an L.A. home.

According to TMZ, Amanda is actually doing a lot better since doctors have started giving her a cocktail of meds. They're told there are clear signs Amanda is schizophrenic.