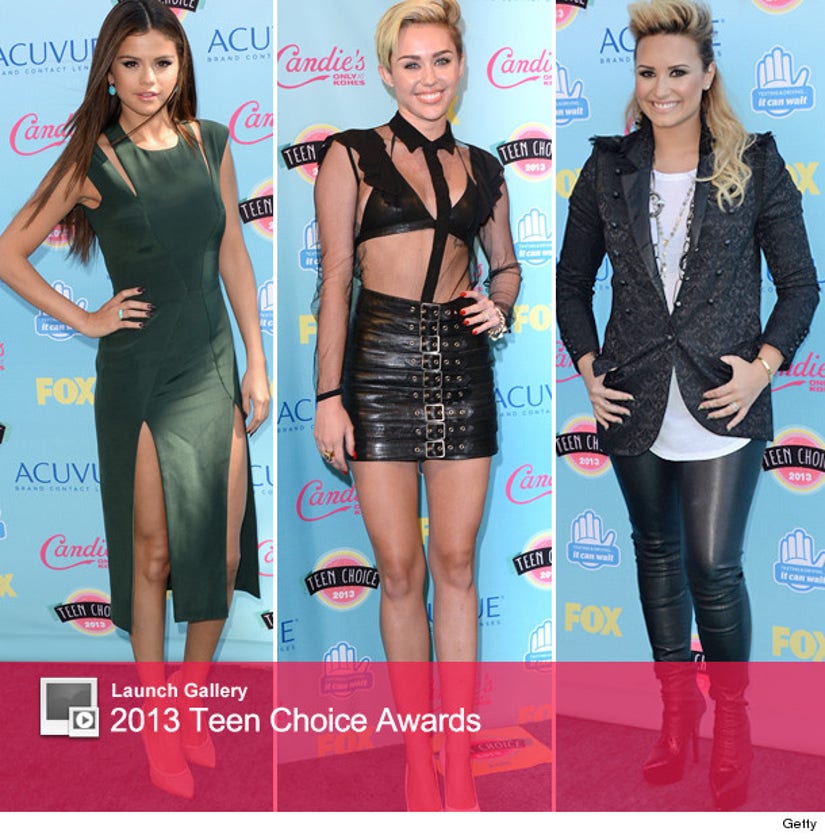 Hollywood's next generation of stars descended up the Gibson Amphitheatre on Sunday for the 2013 Teen Choice Awards.

There have already been some headturners on the blue carpet. Demi Lovato showed up with a weird mullet pompadour, while Selena Gomez showed off some leg in her green dress.

Abigail Breslin and Tia Mowry showed up with blonde hair, while Paramore's Hayley Williams' was some shade of orange.

Of course, no one got a bigger response than the boys of One Direction.

And while Miley Cyrus didn't walk the carpet, she posed backstage sporting a sheer top, black bra and skirt made entirely of black leather belts.

Click on the "Launch Gallery" above to see even more arrival photos and be sure to come back to toofab for highlights from the show!