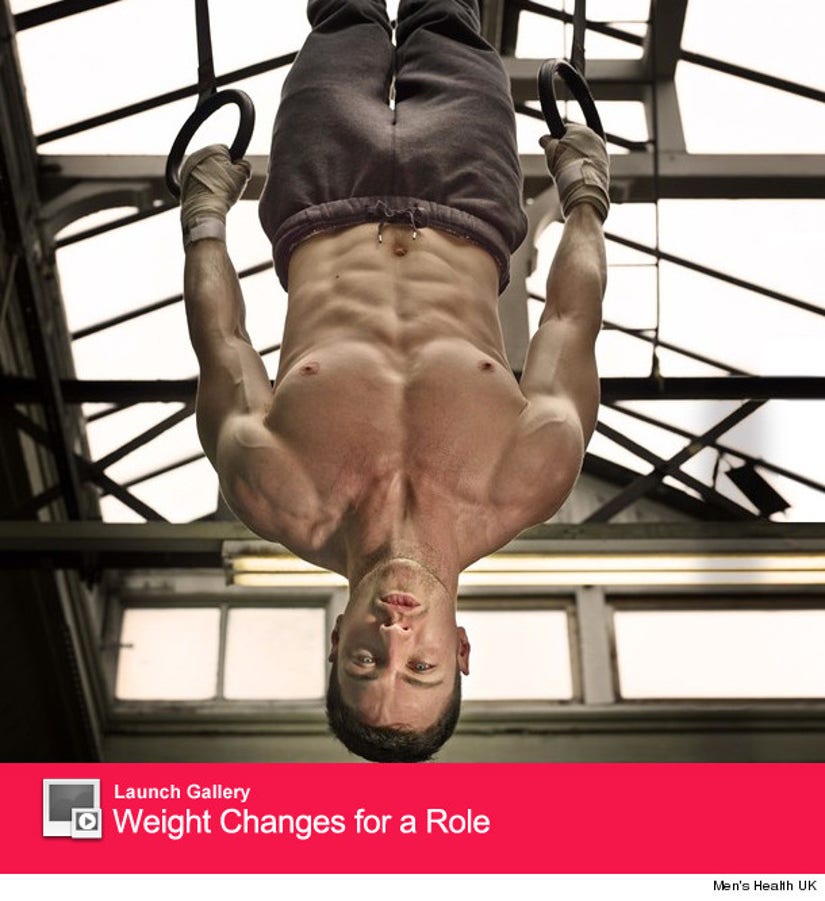 The 23-year-old actor got shredded for his roles in the sequel, "Kick-Ass 2," and an upcoming "Godzilla" flick -- and he's showing off his new muscles in the latest issue of Men's Health UK.

And while he has no problem going shirtless in the magazine, don't expect to see too much of his hot bod in the movie.

"Throughout the movie he's still got to be a weedy kid from high school so I couldn't have anything too dramatic. It had to be a reveal at the end," Taylor-Johnson tells the mag. "We got around that by wearing a lot baggier clothes."

And though he looks like a pro, Aaron admits the gym thing is new to him.

"Only recently have I been introduced to the gym and heavy weightlifting and things like that," he says. "Before that, when I grew up I just did a lot of gymnastics and dance. I had more of an athletic background but nothing where I was in the gym or using any kind of weights."

So, how'd he get his previously scrawny physique into superhero shape?

"The main thing we'd do is I'd wake up in the morning and go for a 20-30 minute run before I'd eaten anything, maybe do a bit of kettlebells for conditioning," Aaron explains. "Then I'd have a big f**king breakfast. Then we'd go and train later in the afternoon: a lot of big compound lifts like squats, deadlifts, bench press. Eating some of the protein shakes, just trying to eat a hell of a lot more."

See Aaron in action when "Kick-Ass 2" hits theaters Friday -- and check out more stars who have transformed their bodies for a role in the gallery above.