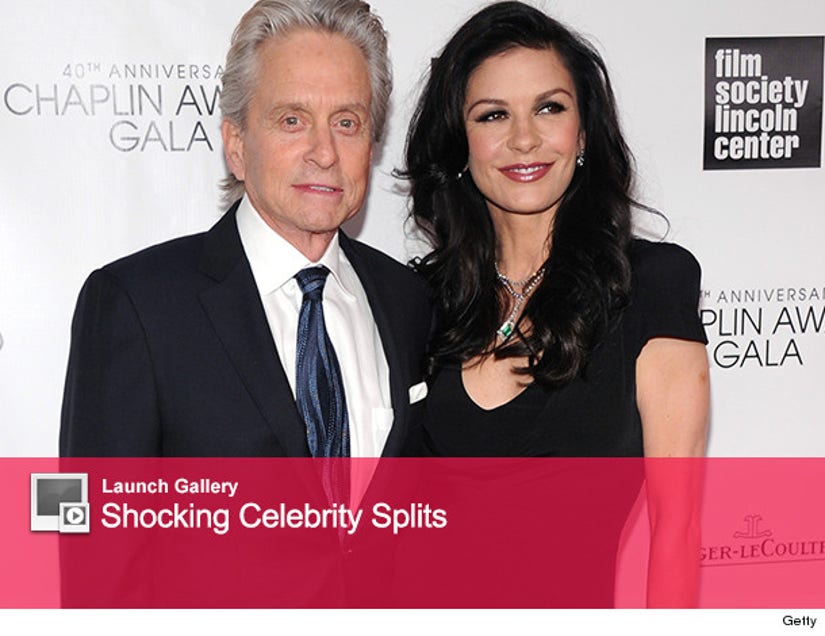 People magazine is reporting that Michael Douglas and Catherine Zeta-Jones have separated.

The famous couple -- who haven't been seen together since April and walked their latest red carpet appearances alone -- are taking time apart.

Douglas and Jones vacationed with their kids separately this summer and Michael has spent the majority of his summer on a yacht in Sardinia. Catherine has been in New York.

Sources close to the mag reveal that the pair are "Taking a break," but neither star has filed for divorce ... yet. Friends close to the couple hope they can work it out, especially for their two children, Dylan, 13 and Carys, 10.

Another source added, "They want the best for their kids, not matter what happens."