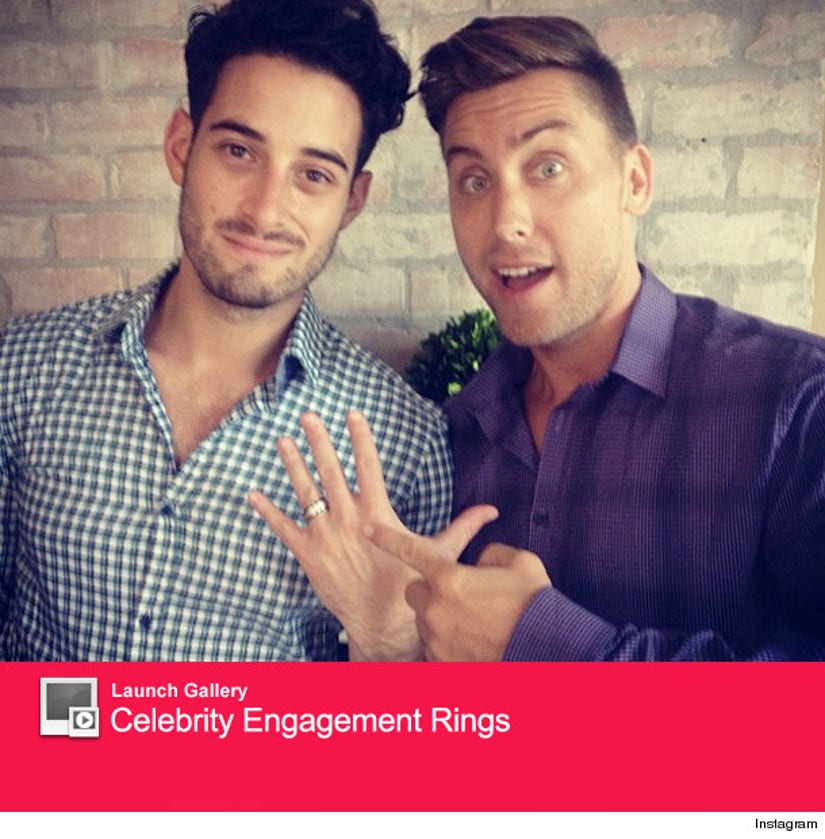 The former *NSYNC star proposed to his boyfriend of almost two years, Michael Turchin, over the weekend.

The 34-year-old singer announced the news over Twitter, sharing a photo of the happy couple showing Lance pointing at Michael's ring.

"He said YES!! Love this man," Bass tweeted along with the photo.

Lance reportedly texted Michael's parents for their permission before popping the question.

Turchin was even on Lance's mind during the big *NSYNC reunion at the MTV Video Music Awards this year -- as he tweeted out a photo of the couple after the show and a message saying "For the first time ever I got to perform w *NSYNC as an out entertainer and was thinking of this man the whole time."

Congrats to the both of them!