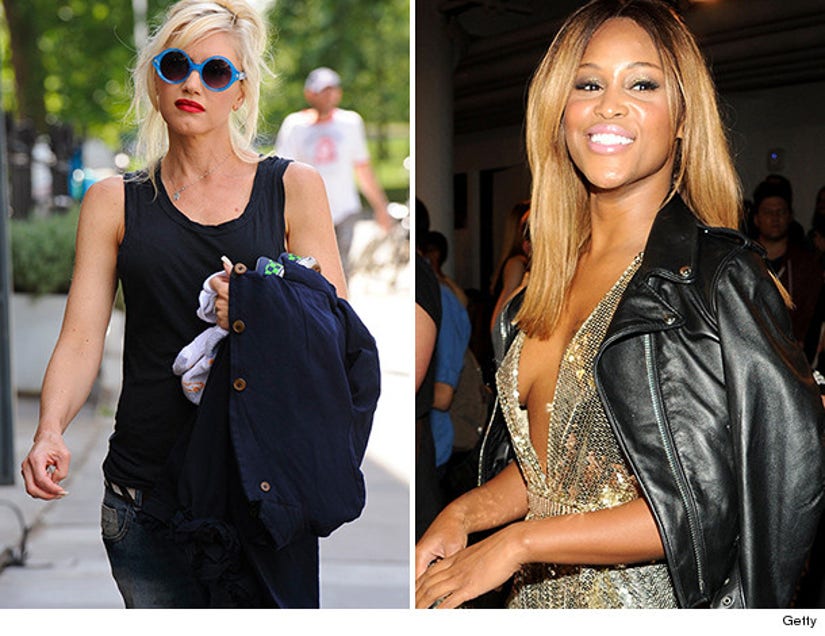 Rumors have been running rampant that Gwen Stefani is pregnant with her third child, but no one from her camp has said anything (toofab reached out to Gwen's rep for comment).

But did her friend and "Let Me Blow Ya Mind" collaborator Eve just spill Gwen's secret? Check out her interview with Live Nation from Wednesday, where she outright confirmed Gwen's pregnant (at the top of the clip):

Of course, if Gwen and her husband Gavin Rossdale are expecting, they don't need to share the news until they're ready. At 43, Gwen may be extra careful of her pregnancy and not want too much media scrutiny.

Eve's not the only one who's let the cat out of the bag. Jack Black infamously revealed that Angelina Jolie was having twins while on the "Kung Fu Panda" press tour:

To see which stars are definitely expecting, click on the "Launch Gallery" link below: