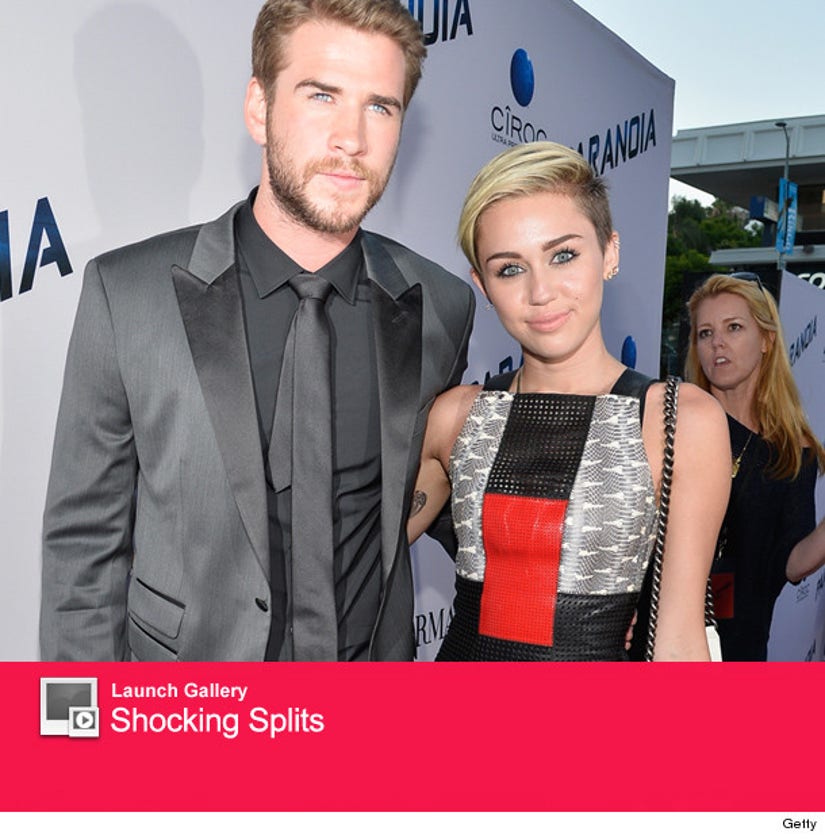 Miley Cyrus and Liam Hemsworth just took a wrecking ball to their relationship.

The couple's upcoming wedding has been officially called off, with reps for both stars confirming the split to toofab.

This shouldn't come as too much of a surprise to anyone who's been following their relationship, as they're never seen together. Miley also un-followed Liam on Twitter over the weekend, while he was seen partying solo in Las Vegas.

The breakup talk intensified back in February when Liam was seen leaving an Oscars after-party with January Jones ... and not his then-fiancee.

Cyrus was seen wearing her engagement ring as recently as last Thursday, sporting it as she promoted her upcoming album in London.

The split comes amid the singer's wild "Bangerz" promo tour, which has seen her gyrating all over Robin Thicke on the VMAs, stripping naked for her "Wrecking Ball" music video and generally acting out.

In a new interview released earlier today, Cyrus admitted "I definitely don't have time to deal with a wedding right now. But I will at some point."

The couple was last seen together on August 8, at the premiere of Liam's latest movie "Paranoia."