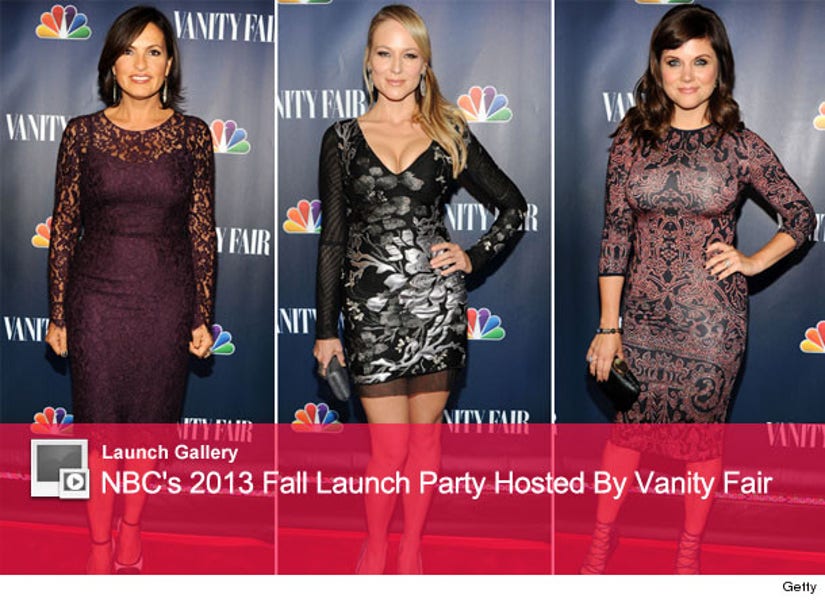 The 39-year-old singer wore a black mini with a plunging neckline that left little to the imagination. The look is much sexier than the usual conservative styles we've come to expect from "The Sing-Off" judge.

She wasn't the only one turning heads at the Vanity Fair-hosted event held at The Standard in New York City.

Mariska Hargitay, Tiffani Thiessen, Andy Cohen and the cast of "The Michael J. Fox Show" were just few of the network names that strutted their stuff on the red carpet!

What do you think of Jewel's risque red carpet choice? Sound off below and click “Launch Gallery” above for all the party pics.