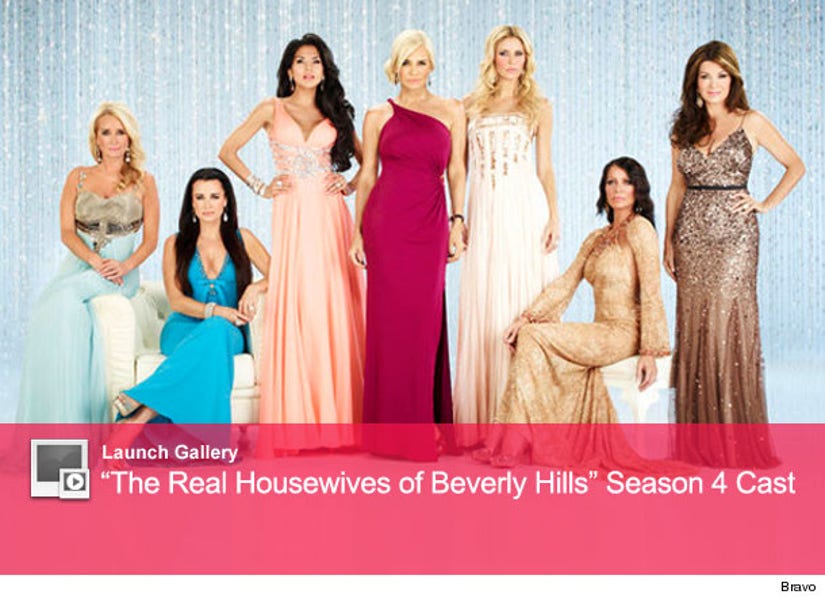 "The Real Housewives of Beverly Hills" Season 4 premieres on November 4, and tensions between the wives reach an all-time high!

Lisa Vanderpump, Kyle Richards, Kim Richards, Brandi Glanville and Yolanda Foster are all returning, but it looks like former friends are now enemies. Plus, Brandi goes totally nude and makes out with a woman. Watch the preview below:

It appears that BFFs Lisa and Brandi have a falling out, while Brandi apparently unleashes her trademark "Shut the f--- up" on newcomer Joyce. And despite their problem-filled past, it seems that Brandi and Kyle are now allies.

Also addressed this season: Brandi losing her dog Chica, Yolanda getting treatment for her Lyme Disease, and the allegations that Kyle's husband Mauricio Umansky cheated on her.