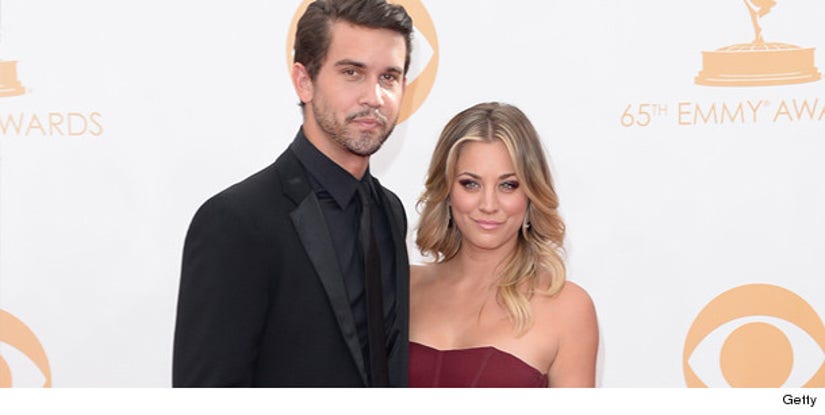 Kaley Cuoco and her latest beau, Ryan Sweeting, are engaged, her rep confirms to toofab.

According to Us Weekly (who first broke the news), "The Big Bang Theory" actress and pro tennis player have been dating three months, but we checked the math.

Haley reportedly broke up with "Man of Steel" star Henry Cavill in the first or second week of July. Even if she rebounded with Ryan immediately after, the newly engaged couple has only been dating for 2-and-a-half months.

Ryan popped the question on Wednesday, just days after making their red carpet debut as a couple at the Emmy Awards on Sunday night.

Luckily, she was spotted on yesterday sporting her new rock, check it out below:

Still, the 27-year-old is gushing over her 26-year-old's proposal, tweeting "Flying high, I could literally touch the sky with you...."

This will be the first marriage for both. Do you think they will last? Tell toofab in the comments below.