Brant Daugherty may have been eliminated from "Dancing With the Stars" this week, but he's still moving and shaking.

The handsome actor has a new film, "The Starving Games," opening this Friday. The parody spoofs the super popular "Hunger Games" franchise, with Brant starring as Dale, a play on Liam Hemsworth's Gale.

Check out the hilarious trailer below:

Of course with a face like his, it's not surprising that he's landing more roles and features.

The 28-year-old is profiled in the November 2013 issue of BELLO magazine, where he slips out of his "DWTS" costumes and into more stylish looks.

You can check out his sexy spread below: 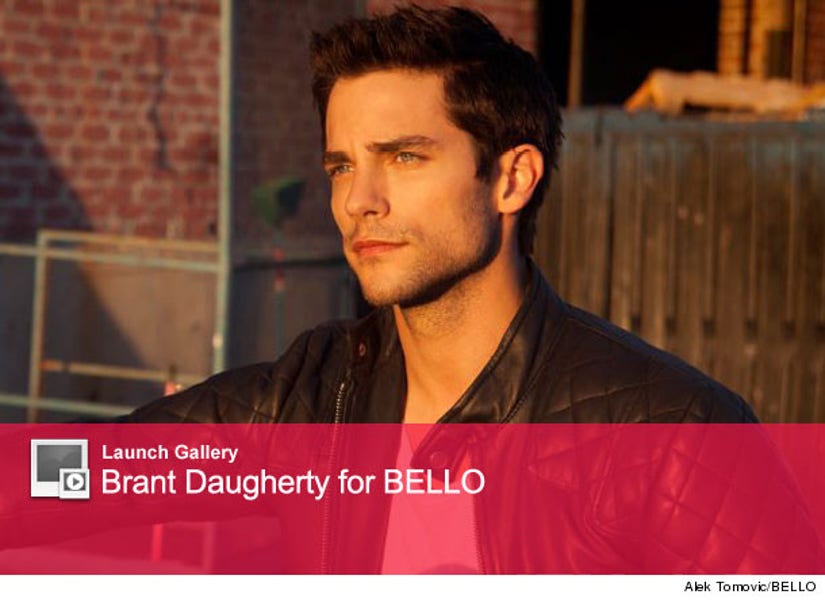