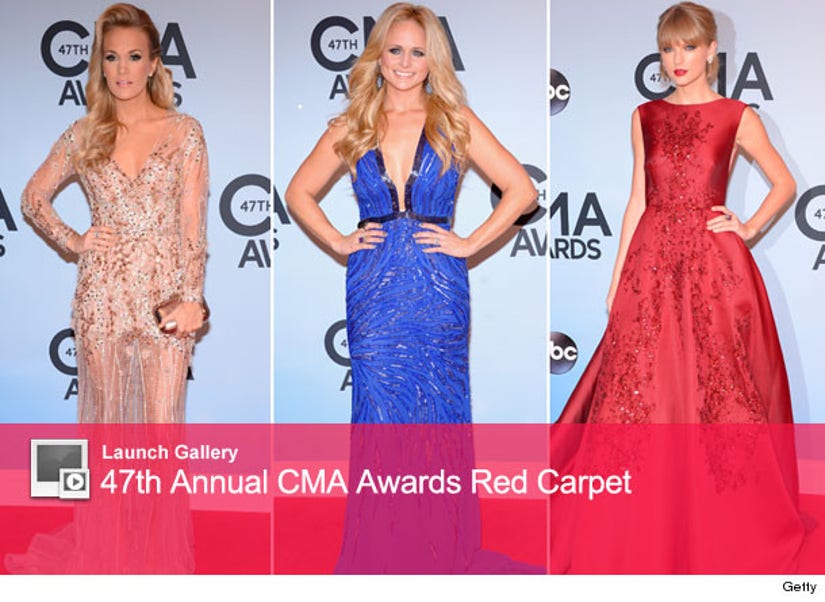 If we were asked to describe Carrie Underwood, words like "sweet" and "cute" come to mind.

But the 30-year-old country superstar showed off her sexy side at the 2013 CMA Awards, with a sheer dress and a new side-swept hairdo, reminiscent of old Hollywood stars.

It's her sixth time hosting the awards show with cohost Brad Paisley, and while she's used to performing live from her "American Idol" days, emceeing is much harder.

Carrie admitted to USA Today that she relies heavily on the teleprompter. But looking as gorgeous as she does, we're sure no one will notice a little flub or two.

As for Miranda Lambert, she looked incredible! Showing off her new svelte figure, Blake Shelton's wife later explained how she lost the weight.

"I didn't give up really a lot really. Just Cheetos mostly," she said in the press room after her female vocalist of the year win. "But I might have some tonight, just to celebrate."

Check out even more arrivals from the 2013 CMA Awards in Nashville, including a red hot Taylor Swift!