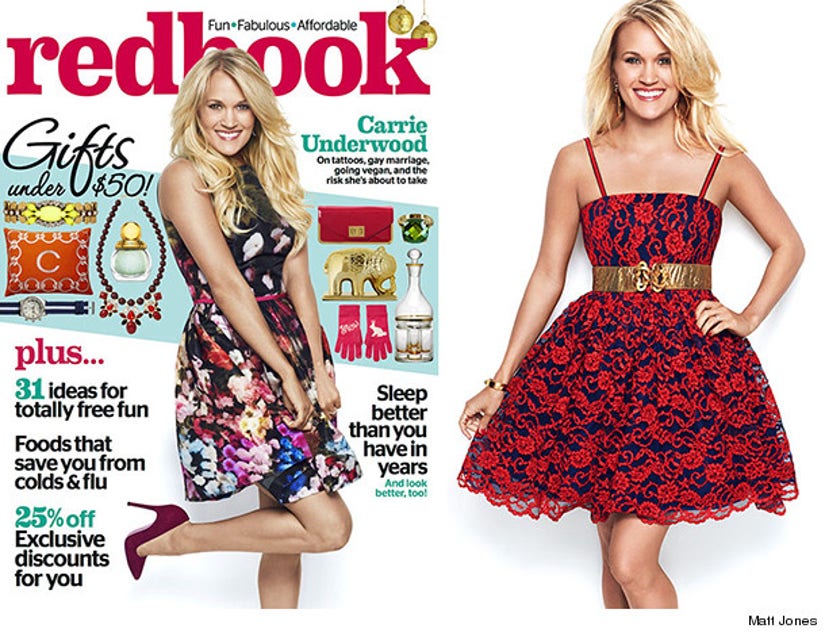 Carrie Underwood is just like the rest of us -- she has to watch what she eats!

The country singer covers the December issue of Redbook magazine where she opens up about her weight struggles and gushes about her hubby Mike Fisher.

Underwood keeps a food journal to keep track of what she's eating to maintain her slim figure.

"You know how you feel when you get full? Well, I don't get full. I can eat a lot. Mike and I were in Italy for 10 days and I put on 8 pounds. So in real life, I have to make sure I'm not eating just to eat," she tells the mag. 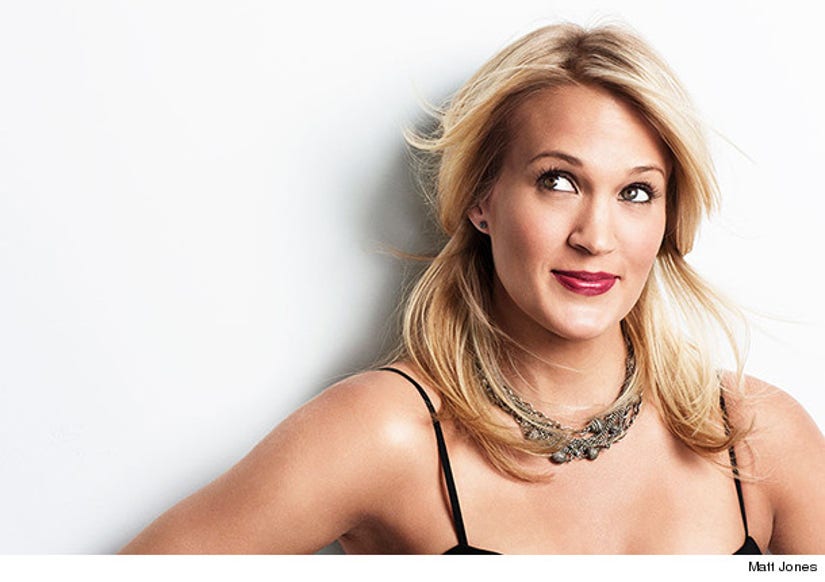 The 30-year-old slimmed down after she appeared on Season 4 of "American Idol." The show, she says, caused her to gain weight.

"It was on the Idol tour [after I won]. I put on a lot of weight [during the show] because we were locked in a room all day with a craft service table," she admits. "I was bored, so I was just eating. I was never overweight, but I feel better with myself now."

Even though she's one of the biggest names in country music, the blonde beauty still likes to do things for her self ... like her laundry!

"I do not like people touching my underwear. That's just weird! I travel with a washer and dryer and I like cooking on the bus too." 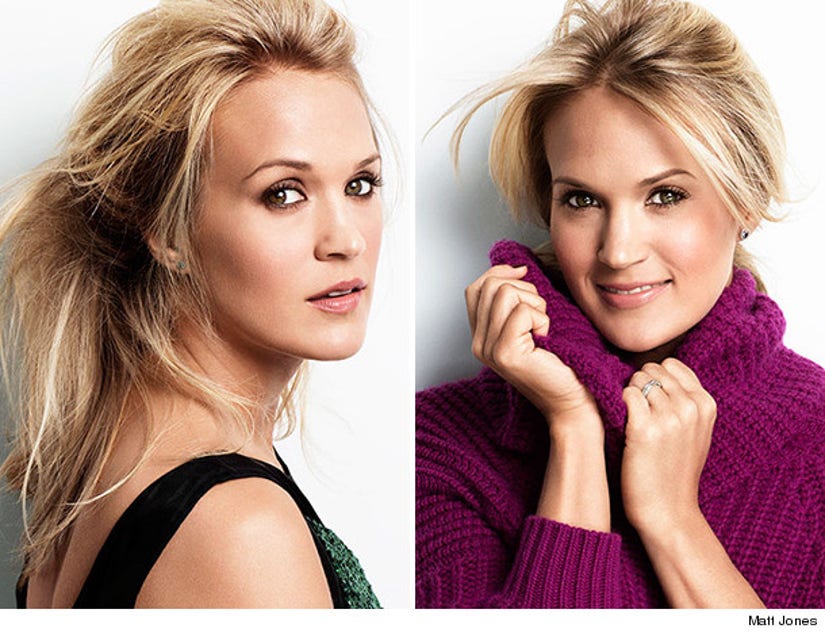 The "Blown Away" singer tied the knot with her hockey player beau in 2010 -- and the couple are still going stronger than ever.

"If he goes to a bar with his friends, a tabloid is going to report about it. Same goes for me. Trust is what it is. Either you trust someone or you don't. And I've never trusted anyone more than I trust Mike," she reveals.

Whatever she's doing it's working -- we can't wait to catch Carrie at the 2013 CMA awards tonight! 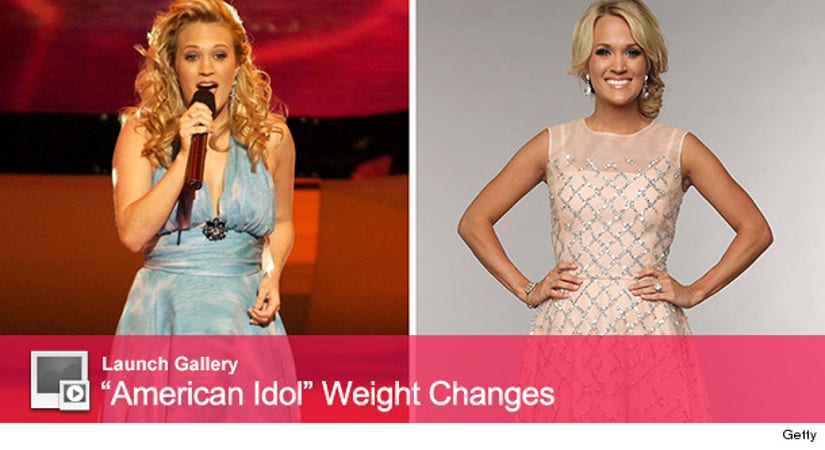 Check out the gallery above to see even more "Idol" weight changers, and make sure to pick up the December issue of Redbook on stands November 12.