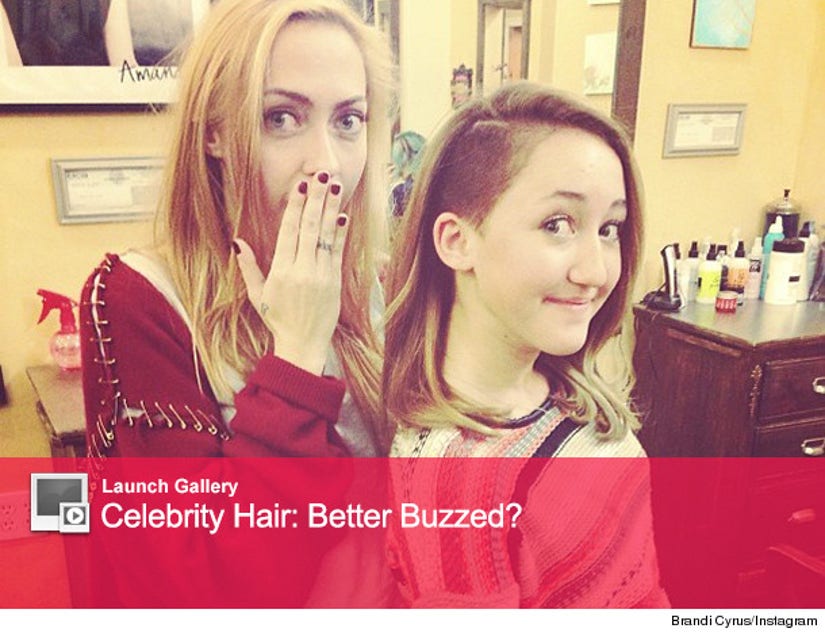 It looks like another Cyrus is following in Miley's footsteps ... at least when it comes to her hair!

Noah Cyrus is rocking a new edgy hair style: buzzed completely on one side, with her long locks swept to one side. Brandi Cyrus took to Instagram on Wednesday to debut the 13-year-old's newly shaved 'do, adding the caption, "Lil sis @noahcyrus just one up'd me." In the candid snapshot, Noah is looking at the camera with a shy smile as her sister covers her mouth in awe!

This drastic new hairdo comes as a bit of a shock. In an interview in the May issue of "Teen Vogue," Noah revealed that she would never cut her hair like her sister Miley did.

The teen spilled about the moment she found out about Miley's super short 'do. "She called me and was like, 'Are you with Mom? Go look on Twitter. So I looked and … she's bald! I would never cut my hair like that, but it looks good on her."

It's not short like Miley's hair, but isn't this how the "Wrecking Ball" singer started her hair transformation?

What do you think of little Noah's new 'do? Tell toofab in the comment section below, and click "Launch Gallery" above to see more stars with shaved heads!