The wait is finally over.

Britney Spears made her big debut at Planet Hollywood on Friday night, kicking off her two-year residency with her much-hyped "Piece of Me" show.

The singer will reportedly be making $15 million a year for the gig and is slated to perform about 50 shows a year.

But with ticket prices ranging from $59-$179 (and even more for some very expensive VIP packages), is the 90-minute show worth the money?

Let's get one thing of out of the way up front: Britney does not sing live very much during this show. Her management made it seem like she would, and at times it sounded like her vocals were shining through all the backing tracks, but the most you reallllly hear from her is when she addresses the crowd ... which isn't often.

I also concede that her dancing has gone down hill over the years. She's not as sharp or hard-hitting as she used to be and it's noticeable compared to her superior backup dancers (who KILLED it, by the way).

Production would have also benefited from a screen or two showing closeups of the action on stage.
Most of the audience probably didn't get a good look at Britney's face the entire show -- and had no idea it was Mario Lopez who she picked out of the crowd to smack around with a whip during one provocative number.

But, even given those three VERY big factors, I still had one hell of a time. 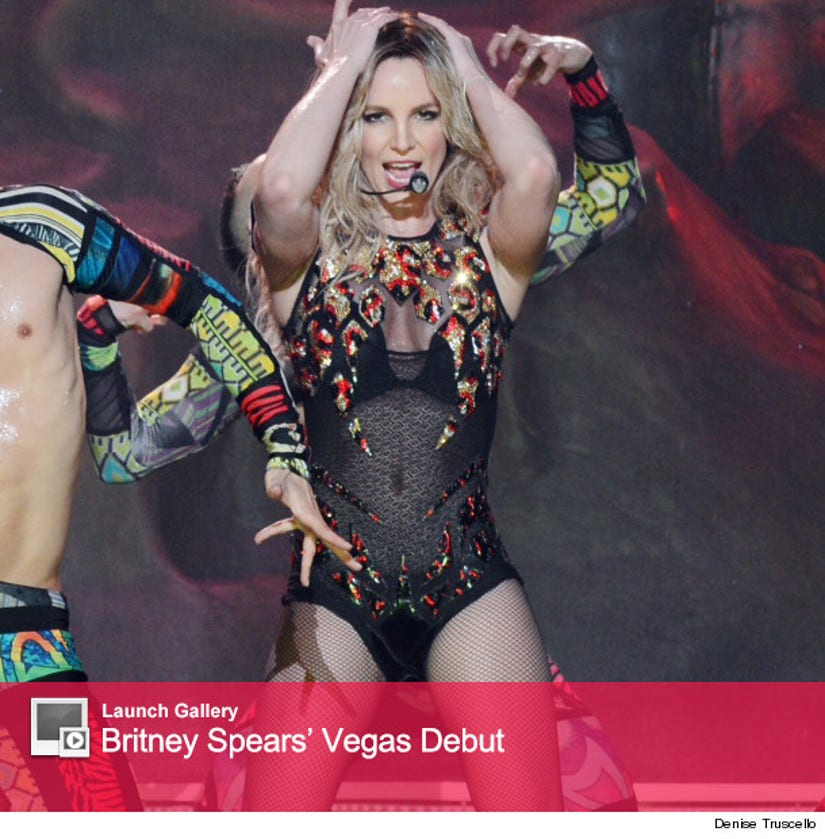 The costumes by Marco Marco are amazing -- and, from a nude bodysuit (like her famous "Toxic" getup), to a sexy circus number and freaking angel wings, Brit's body looked great in all of them.

She also moved about the stage with the sultry confidence to match what she was wearing. And while she's not the dancer she once was, she still got the crowd cheering with every impressive piece of choreography she did pull off. Yes, she has her moments!

Aside from the screen gripe above, the production design is also stellar. With fire, explosions, awesome video montages, never-ending projection work and a tree that Britney bungee jumped off of, the stage was always a visual treat -- and one that played to the whole theater.

And then there's the songs.

Britney rocked out to 21 hits from her career, including favorites like "Baby One More Time," "Drive Me Crazy," "Oops! ... I Did It Again" and my guilty pleasure of 2013, "Work Bitch."

While her live vocals were lacking (or almost non-existent), the band played some killer arrangements of old hits, giving them new life. I really hope they release a concert album eventually, some of these new versions are worth owning.

This is Vegas people, a place where many throw away hundreds on one bad bed and pay $30 for drinks you could get for $10 (of less) at home. What I'm saying is, there are clearly far worse things you can do with your money in Sin City -- and this is 90 minutes of pure fun entertainment.

So, would "I Wanna Go" again? That's a safe bet, and in Vegas those are hard to come by,