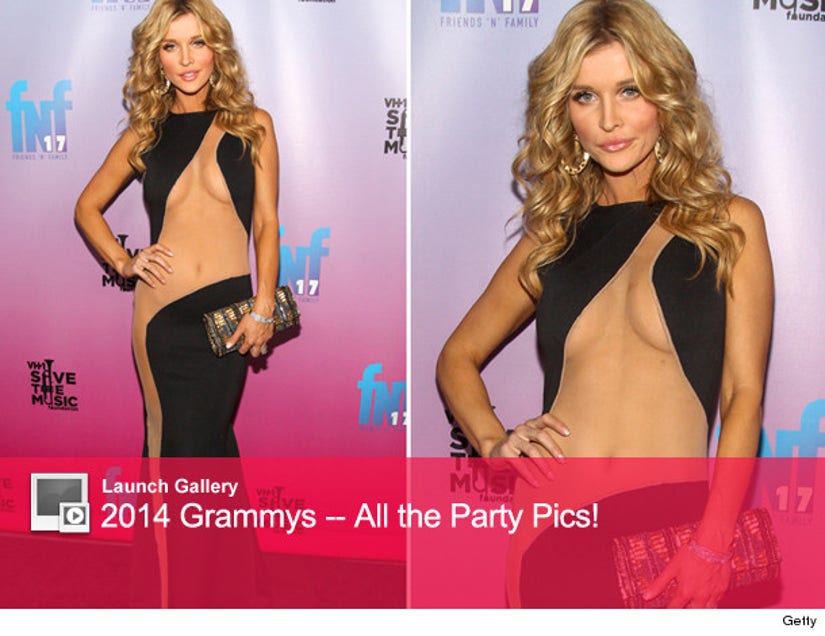 Joanna Krupa is the latest celeb to go commando on the red carpet!

The "Real Housewives of Miami" star left little to the imagination in her sexy cut-out gown for the OK! Magazine pre-Grammy party in Los Angeles over the weekend.

The strategically placed sheer panels exposed Krupa's chest, torso and half of her leg -- that dress is asking for a wardrobe malfunction!

The blonde beauty isn't the first star to sport the risque look -- Paris Hilton wore a similar style Antonio Berardi dress to a Grammy event last Thursday and actress Jaimie Alexander wore an almost identical Azzaro gown to the to the "Thor" premiere back in November. 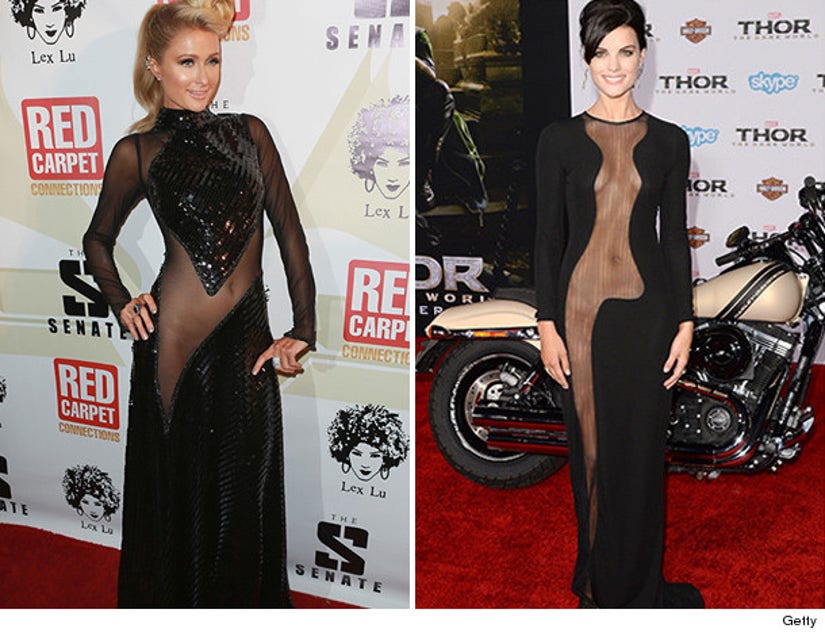 It definitely looks like this sexy trend is here to stay! Are you a fan of the revealing look? Tell toofab in the comment section below and check out even more 2014 Grammy party pics in the gallery above!