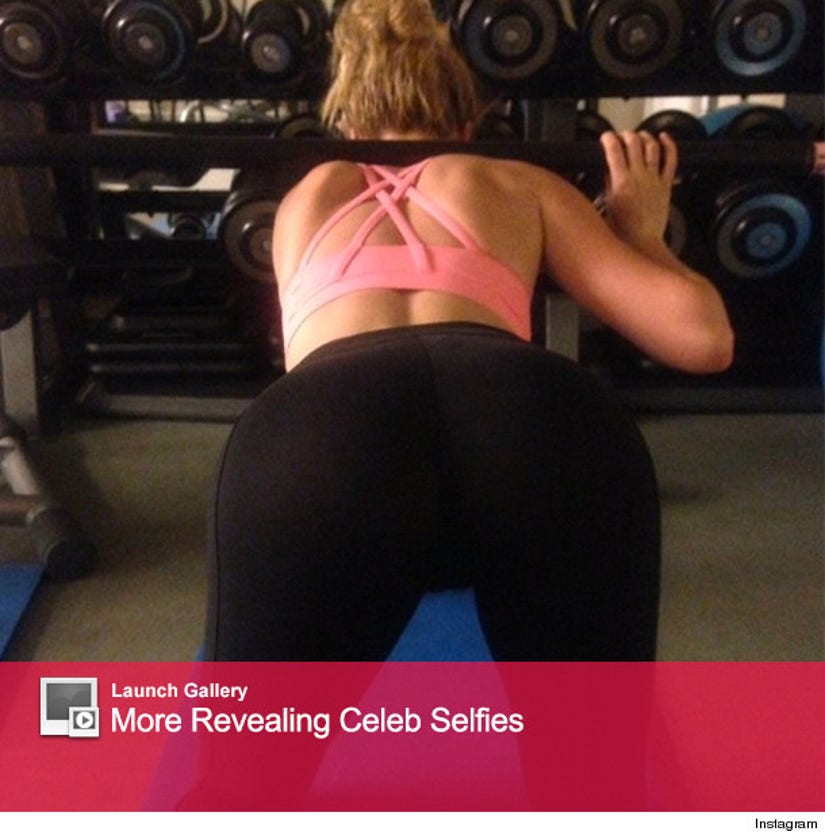 Coco Austin and Kim Kardashian have some new competition in the booty department -- in the form of Alec Baldwin and Kim Basinger's 18-year-old model daughter!

Ireland Baldwin shocked her fans by posting a racy workout photo earlier this week, showing her derriere as she hit the gym.

She captioned the pic "#2014" -- possibly alluding to a New Year's Resolution to work on her fitness.

And while a bunch of her followers seemed to approve of the pic, at least one guy expected more from the young star -- commenting "Come on girl! Leave this stuff for the Kardashians. You've got way more class than that."

On Monday, Baldwin shared another photo on her Instagram page that seemed to show off a brand new tattoo. 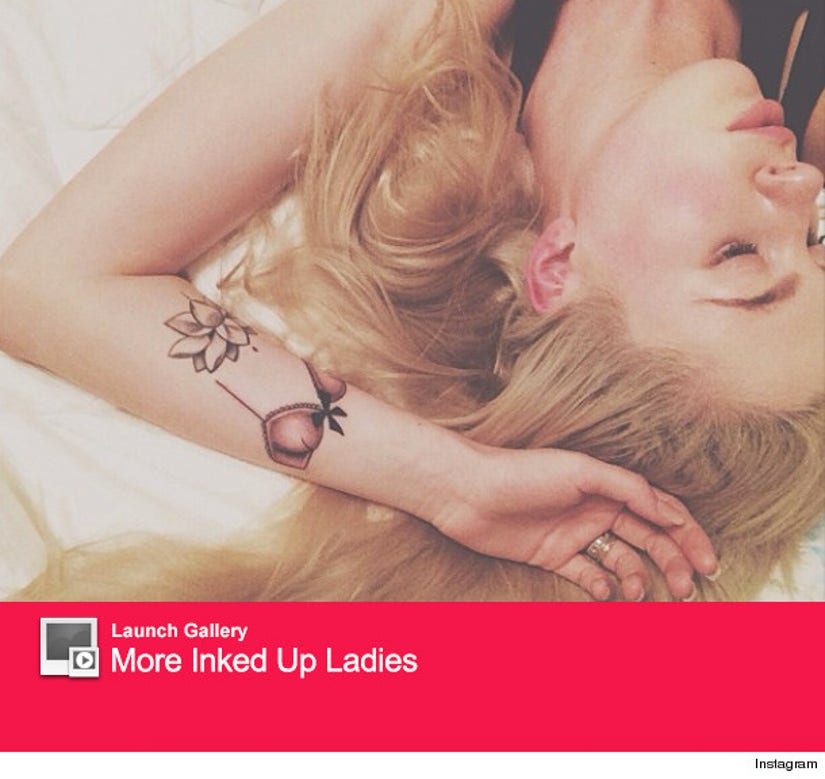 While we've seen the lotus flower before on her forearm, the lacy bra is one we've never seen before.

We have a feeling it's a fake though -- as it definitely wasn't there when she played at DIRECTV's 8th Annual Celebrity Beach Bowl on Saturday.

If it is a phony, do you think she should get it permanently etched to her skin? Sound off below!