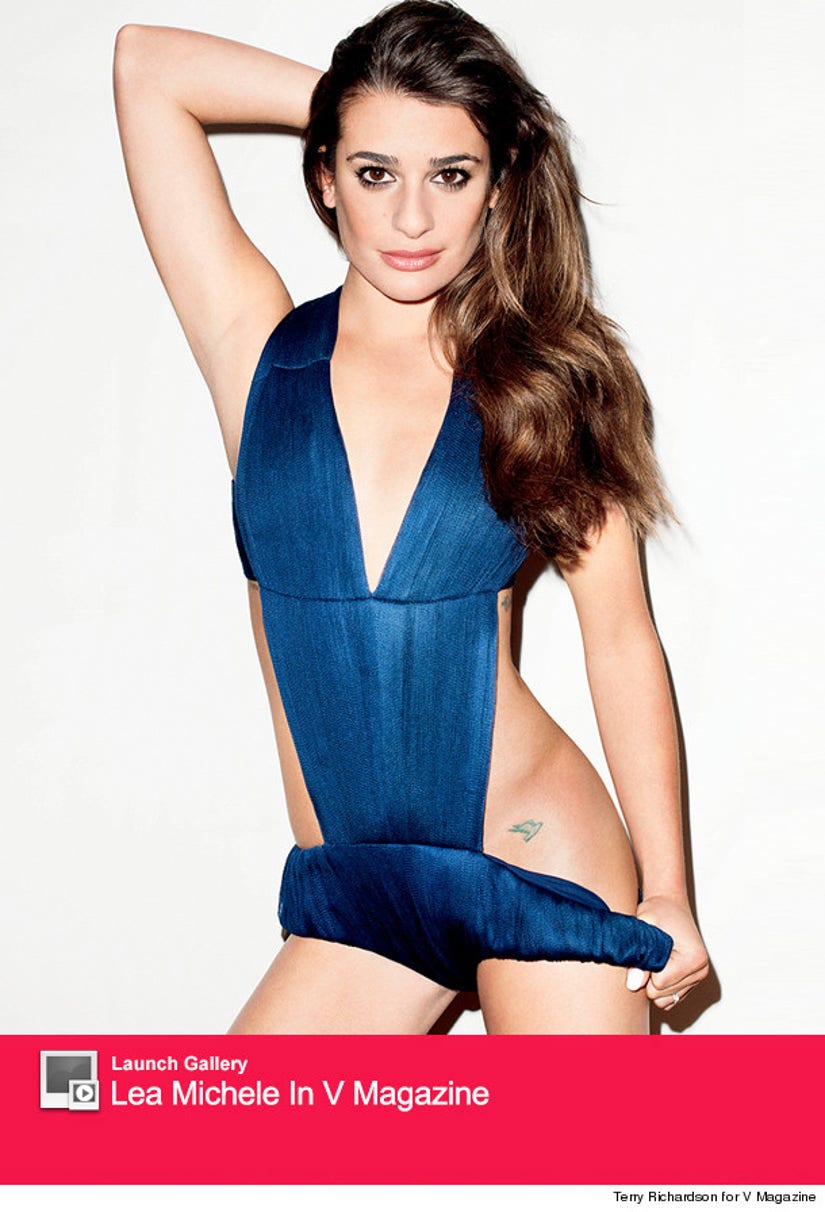 Lea Michele is shedding her good girl "Glee" image ... and a lot of her clothes!

The actress is letting her sexy side show in a new photo shoot for V Magazine, revealing her hip bone as she provocatively pulls at her already-revealing ensemble.

In the issue, on newsstands Thursday, Lea talks about her squeaky-clean image -- and the nickname her friends gave her that goes along with it.

“My friends call me Grandma, but like, Grandma's killing it right now," she says of her sexy shoot. "I'm pretty sure Grandma nailed it in a half-naked Terry Richardson shoot, okay? So I'm fine with it. I just do my thing. I do what's best for me. That's it."

The 27-year-old has been busier than ever these days, filming "Glee" and promoting her new album "Louder," which will be released on the 28th.

On Sunday, she also released a :30 snippet of her upcoming single "On My Way," a decidedly more upbeat song than lead single "Cannonball."

What do you think about the new tune and Lea's sexy shoot? Sound off below!