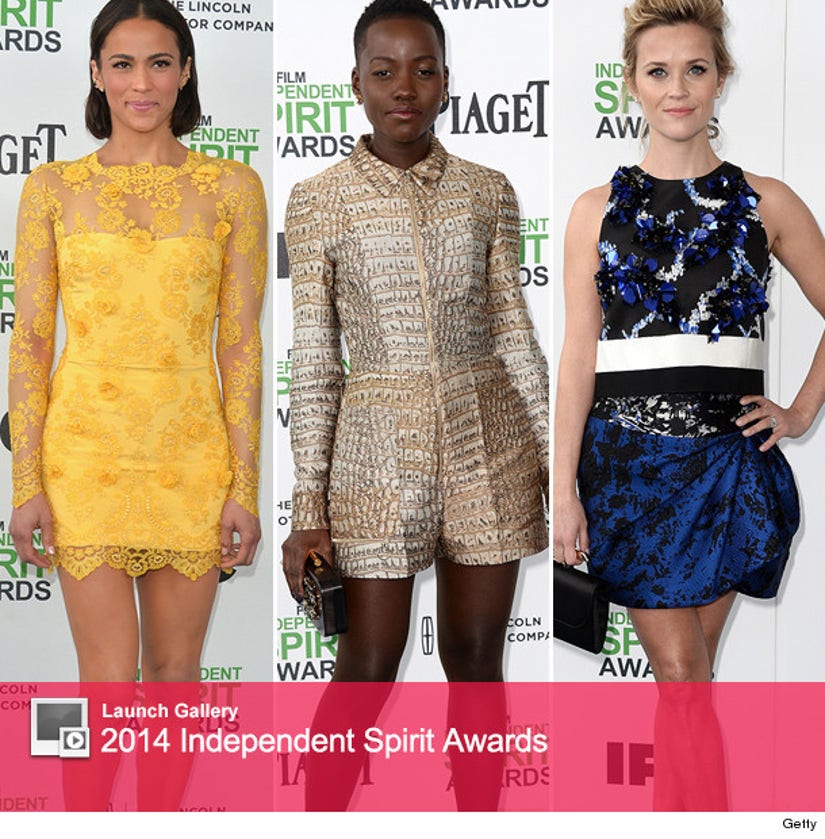 It may have been raining in Southern California on Saturday for the Independent Spirit Awards, but Paula Patton looked brighter than a sunny day.

Decked out in an extremely short yellow dress, Patton put on a brave face and hit her first red carpet since splitting with husband of almost 9 years, Robin Thicke.

Just like her appearance at LAX earlier in the week, Patton was not wearing her wedding ring ... despite her estranged hubby's repeated attempts to win her back.

Brad Pitt and Angelina Jolie were also in the house, with Pitt rocking a messy mohawk for the event. 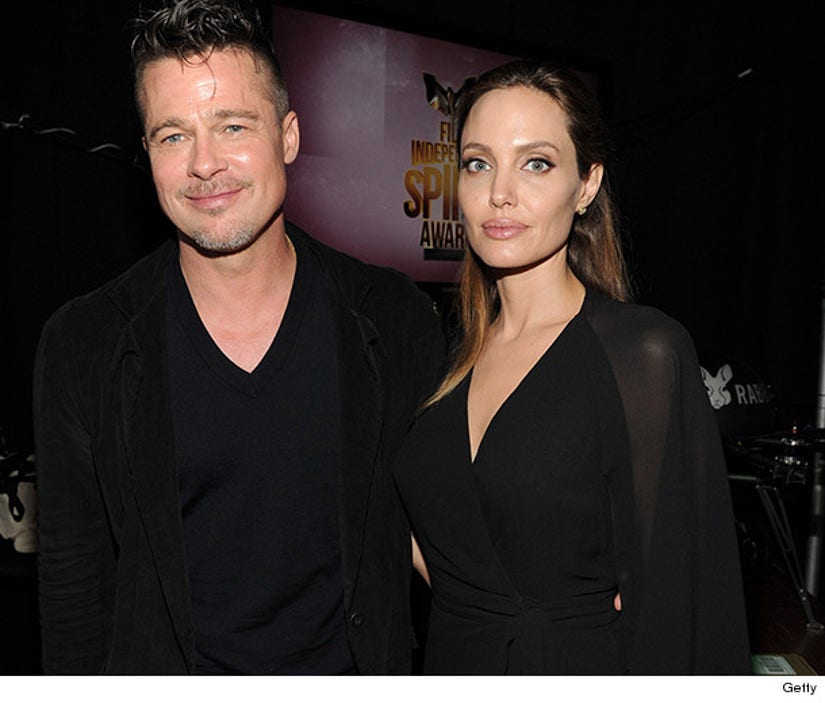 "12 Years a Slave" was named best feature at the ceremony, with Steve McQueen nabbing best director, Lupita picking up best supporting female and wins for best screenplay and cinematography.

Matthew McConaughey and Jared Leto scored acting awards for their performances in "Dallas Buyers Club," while Cate Blanchett won the female lead trophy for her work in "Blue Jasmine."

The awards, the final even before tomorrow's Oscars ceremony, air tonight on IFC.