Hugh Jackman is shirtless, Jennifer Lawrence is naked and blue and Halle Berry is rocking another horrible white wig -- that's right, there's a new trailer for "X-Men: Days of Future Past."

And, we gotta admit, it looks pretty amazing!

The X-Men version of "The Avengers" is due out later this year, and everyone is back.

The new film will reunite the stars from the original trilogy (like Hugh, Halle, Ian McKellan, Patrick Stewart and Ellen Page) and "First Class" (including J-Law, Michael Fassbender and James McAvoy).

Set against the popular "Days of Future Past" backdrop from the comics, the story revolves around Wolverine -- who is sent into the past to try and stop a war against mutants before it happens.

The new trailer gives us some fresh clips of all the action, as well as new characters like Bishop, Bolivar Trask, Blink and Sunspot.

Check out the sneak peek above. "X-Men: Days of Future Past" opens May 23.

And get your first look at the film's new poster below: 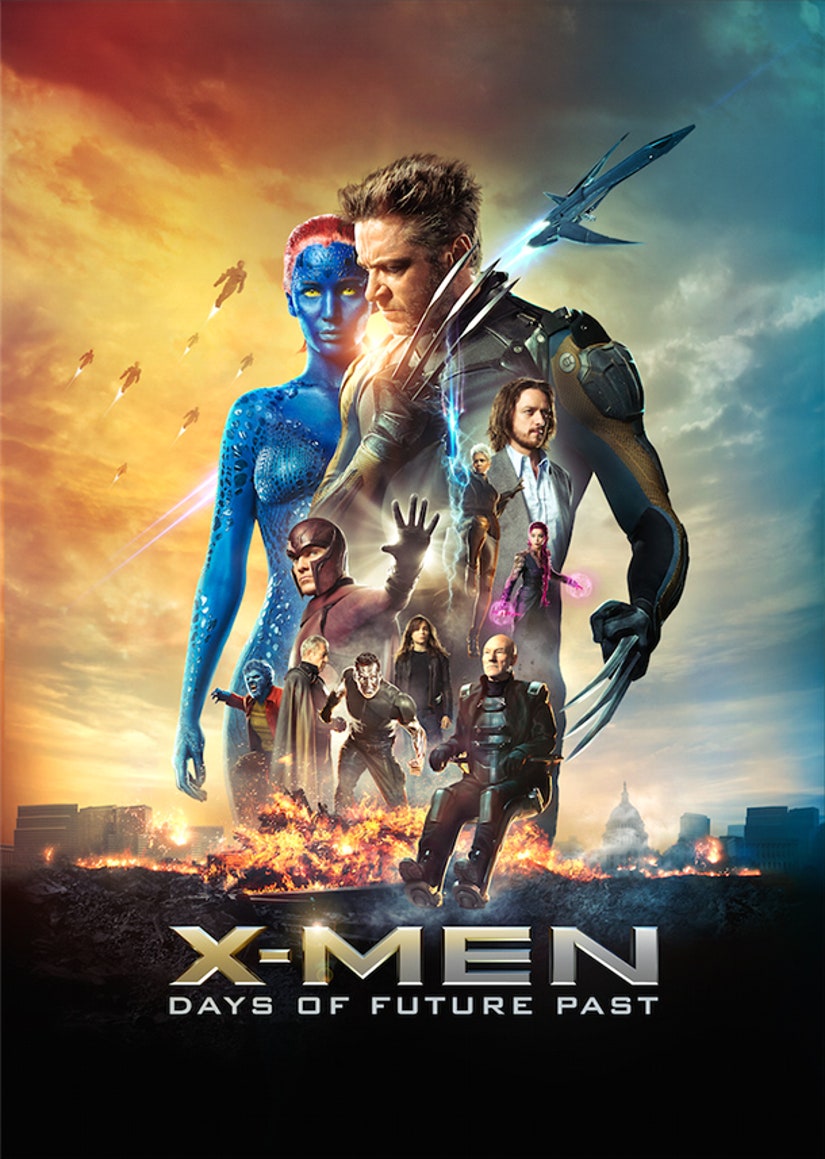