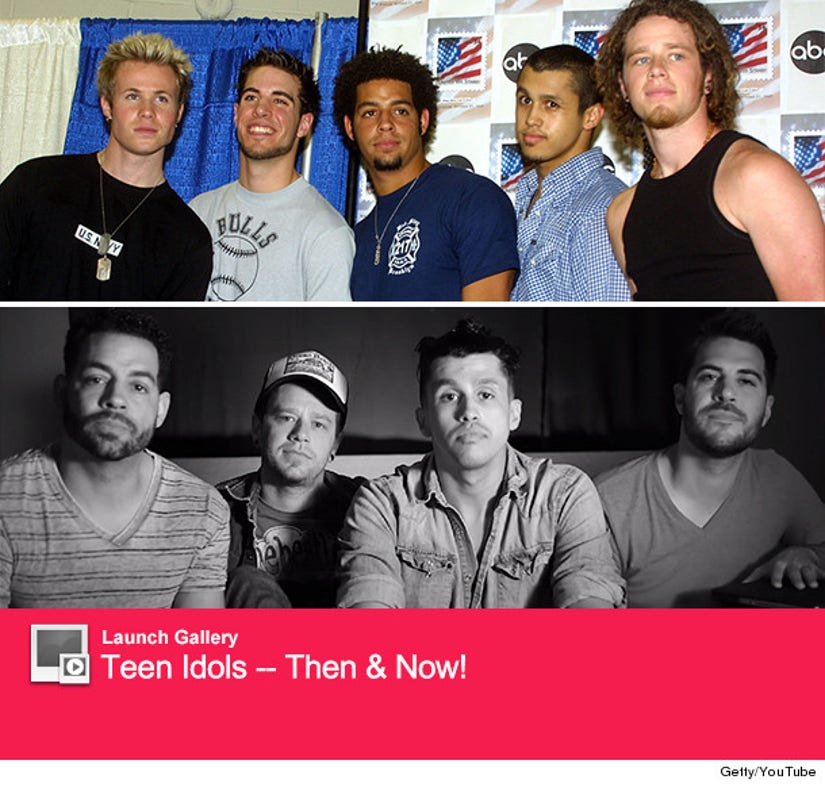 Apparently it's not "All or Nothing" for O-Town!

"WE'RE BACK!!!," the group posted on their official Twitter page, along with a short video explaining their reasons for reuniting. While Trevor Penick, Jacob Underwood, Erik Michael Estrada and Dan Miller can all be seen together, Ashley Parker Angel is noticeably missing.

Check out the video below to see what the guys had to say:

"We started this reunion purely for the fun of it," Jacob tells Billboard magazine. "We had discussed a summer tour to perform our old songs and finally give the fans what they've been asking us for the last 10 years. However, once we began working, what developed was something a little more ambitious. The ideas kept flying and we couldn't help but start making new music."

"Each of us have different reasons for agreeing to do this again, a decade later. Mine has to start with the fans. I never knew how much I would miss them. I never quite realized how much of an impact we had on them," Erik adds.

Are you excited that O-Town has reunited, even if it's without Ashley? Sound off below, and check out even more pop stars then and now in the gallery above!