Well this is quite an unfortunate coincidence.

James Franco stars in Gia Coppola's directorial debut, "Palo Alto," playing a sleazy soccer coach who has feelings for one of his students (Emma Roberts).

The movie was adapted from Franco's "Palo Alto: Stories," which is loosely based off of James' own teenage life in the suburbs and memories submitted by high school students.

Gia has big shoes to fill, though -- she's the niece of Sofia Coppola ("Bling Ring") and the granddaughter of Francis Ford Coppola ("The Godfather: Part II").

Check out the trailer for "Palo Alto" above!

The trailer dropped the same week just as reports have started to circulate that the actor tried to hook up with a teenage fan. 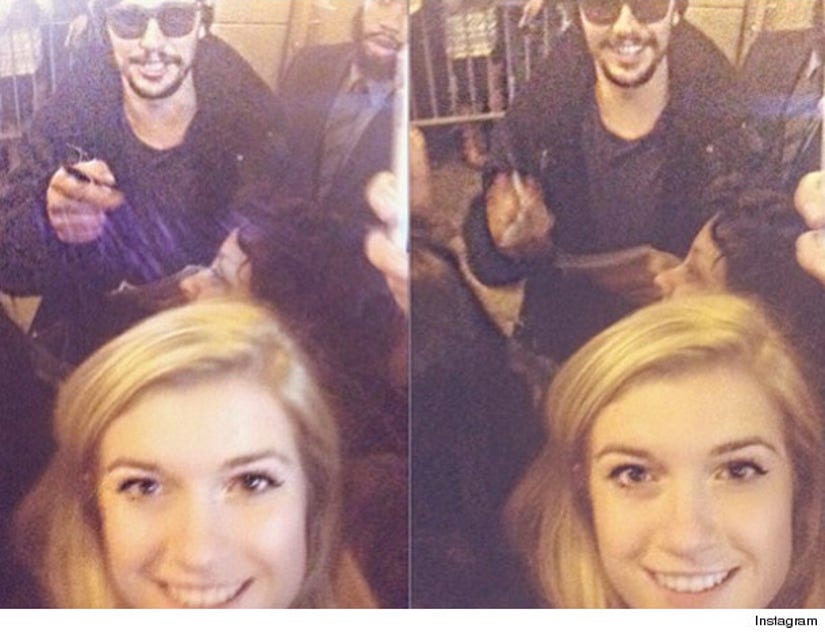 Allegedly, 17-year-old Lucy Clode was in New York with her family for an early 18th birthday present earlier this week where she met James outside his Broadway show "Of Mice and Men."

Clode tagged Franco in their photo (upon his request) and the two engaged in private messages on the social networking site, with the 35-year-old asking if she wanted to meet up, and if he should get a hotel room for them.

The story has gone viral, though it's entirely possible the conversations have all been faked/Photoshopped.

The "The Is The End" star replied to the media criticism by posting an image of himself via Instagram which read, "WHY ARE YOU THIRSTY FOR UNDERAGE ONES," to which he tweeted a reply, "I'M NOT! I HOPE PARENTS KEEP THEIR TEENS AWAY FROM ME. Thank you."

What do you think is going on here? Tell toofab in the comment section below!