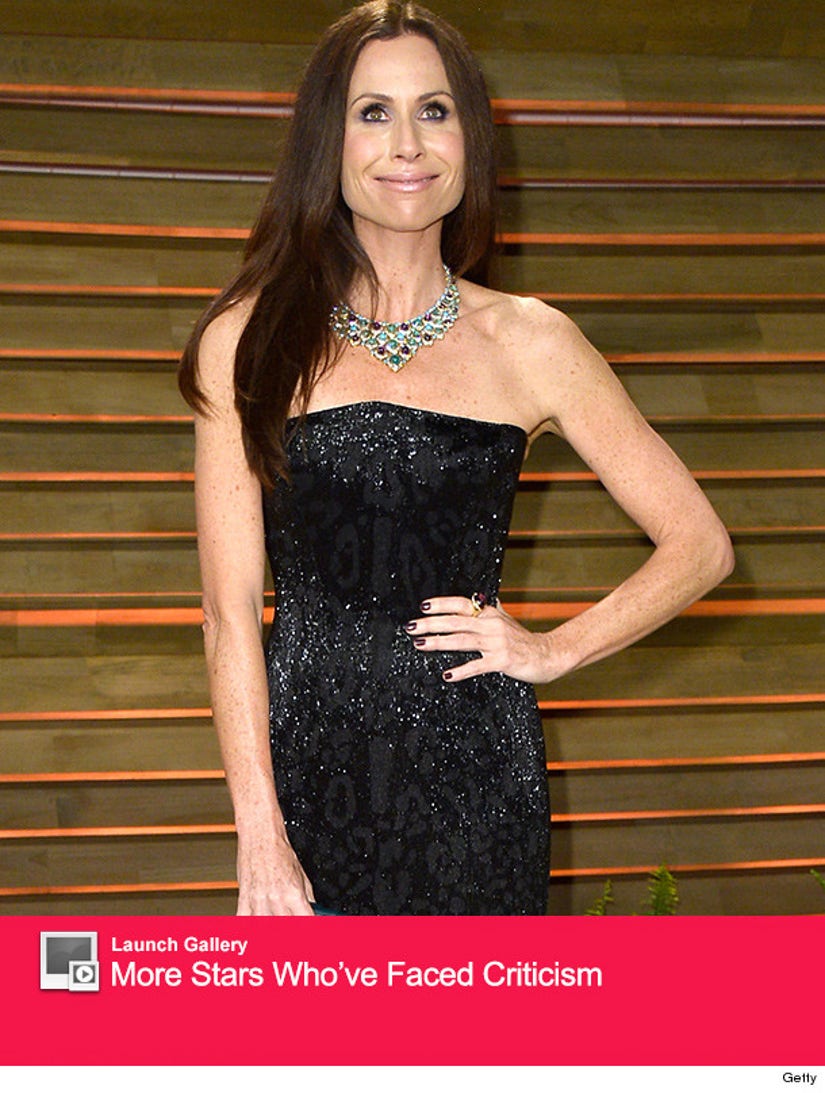 Minnie Driver has left the Twittersphere!

Driver was enjoying the beach in Miami while on vacation with her family, when photogs snapped several candid bikini shots of the "About a Boy" star.

Though the 44-year-old actress looked great in the floral, mint green two-piece, she apparently received a number of hateful tweets about her bikini body -- and the Oscar-nominee didn't take the abuse lying down!

"God some people are horrible," she tweeted her reaction to her nearly 82,000 followers. "You try being photographed when you don't know it's happening, when you're on holiday with your kids."

"I'm out of this Twittersphere for a while. It's too mean sometimes, about your body, about your soul," she added. "Not worth it."

Earlier this week, the actress raved about the social networking platform, telling ABC News she was "mad about it!"

"As a celebrity, it's having a forum where you can answer the nonsensical rubbish that is written about you or not engage with that," she said at the time. "It's given a little bit of control back, I love it."

How quickly things can change!