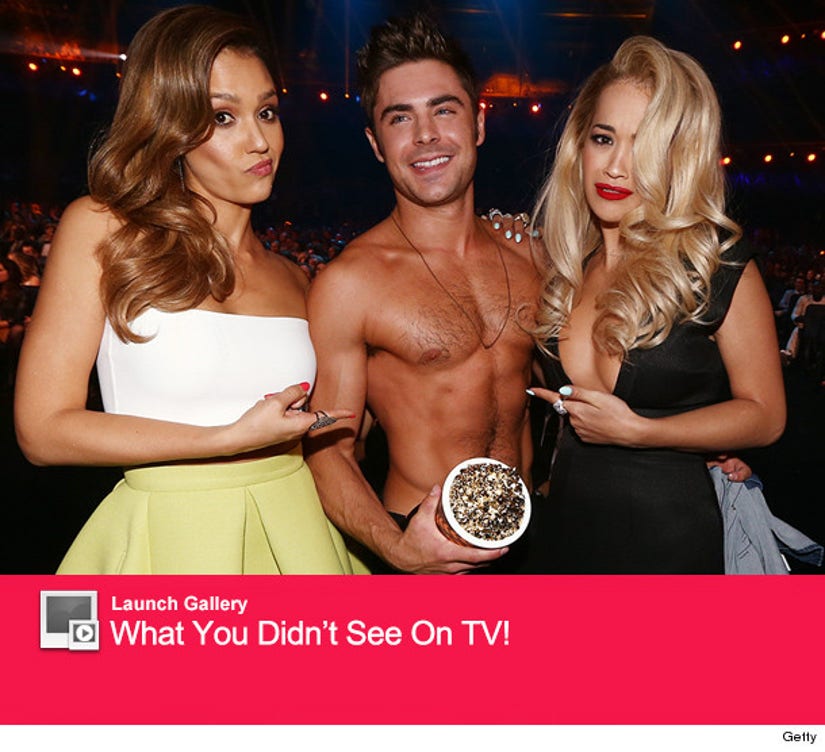 Hosted by Conan O'Brien and featuring appearances from stars like Channing Tatum, Zac Efron, a pregnant Mila Kunis, it was another interesting evening for MTV.

Keep reading to see the 5 moments that really stood out above the rest. Thank goodness for Zac!

1.) Conan Has A Lot of Famous Friends

Which cameo was your favorite?

Conan O'Brien's opening monologue was all over the place, with digs at the set designer, a song with Adam Devine and, best of all, a Grumpy Cat joke made at Nick Lachey's expense.

We love the 98 Degrees' frontman's reaction -- check out the clip above.

Forget about Best Movie, our favorite category is the Best Shirtless Performance -- and Zac Efron proved why he deserved to win after Rita Ora ripped his shirt off on stage while accepting his award.

While he's been in the headlines for some suspicious behavior lately, he's definitely been working on his fitness. Damn, that body.

Ellen Page showed up to premiere the first clip from "X-Men: Days of Future Past" -- and it looks pretty amazing.

Featuring appearances from Bishop, Iceman, Kitty Pryde, Blink, Sunspot and Warpath, we got a look at some new and returning mutants in action as they take on some nasty Sentinels.

During a somber moment in an otherwise wild ceremony, Paul Walker was honored by his "Fast and Furious" costars Jordana Brewster and Vin Diesel.

Brewster gave a moving speech, which can be seen above, while Diesel remembered Paul in a video package shown to the audience.

Marky Mark had the best speech of the night when he stepped up to accept his Generation Award, dubbing it the "You're Too F**king Old to Come Back Award." The "Transformers: Age of Extinction" star really had the censors on the edge of their seats -- and referenced his humble beginnings as a rapper and model.

For more MTV Movie Awards coverage, check out all the hot red carpet photos below! 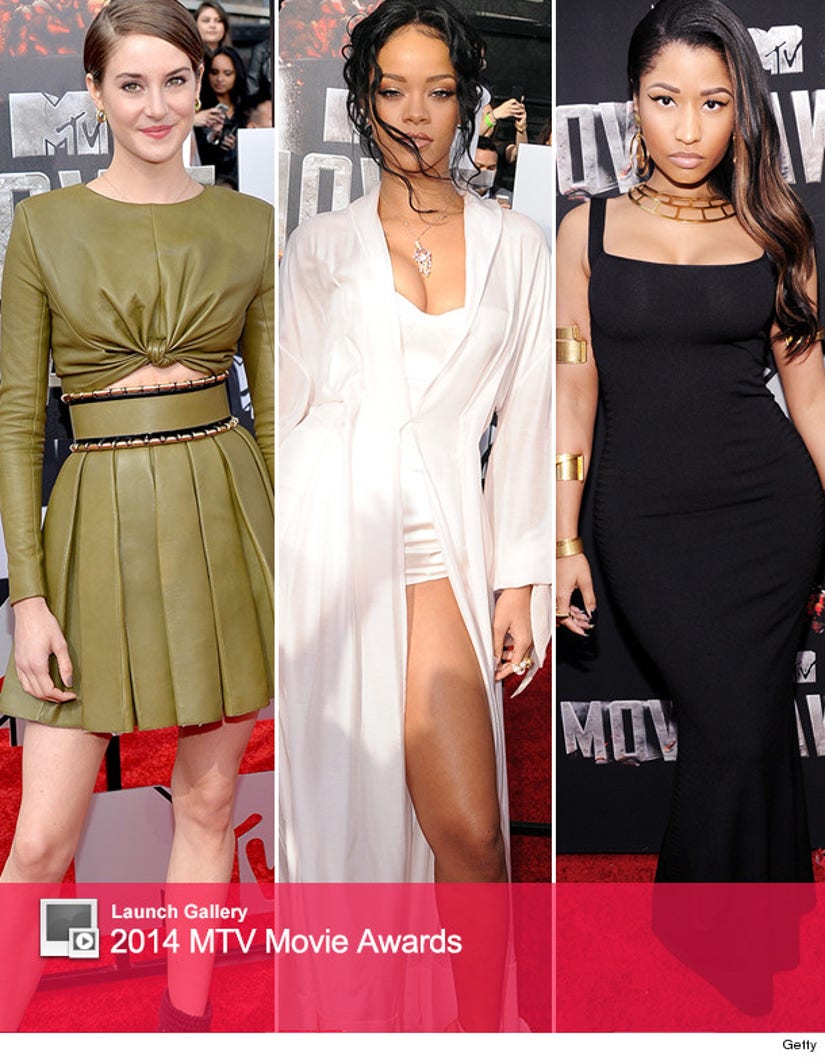