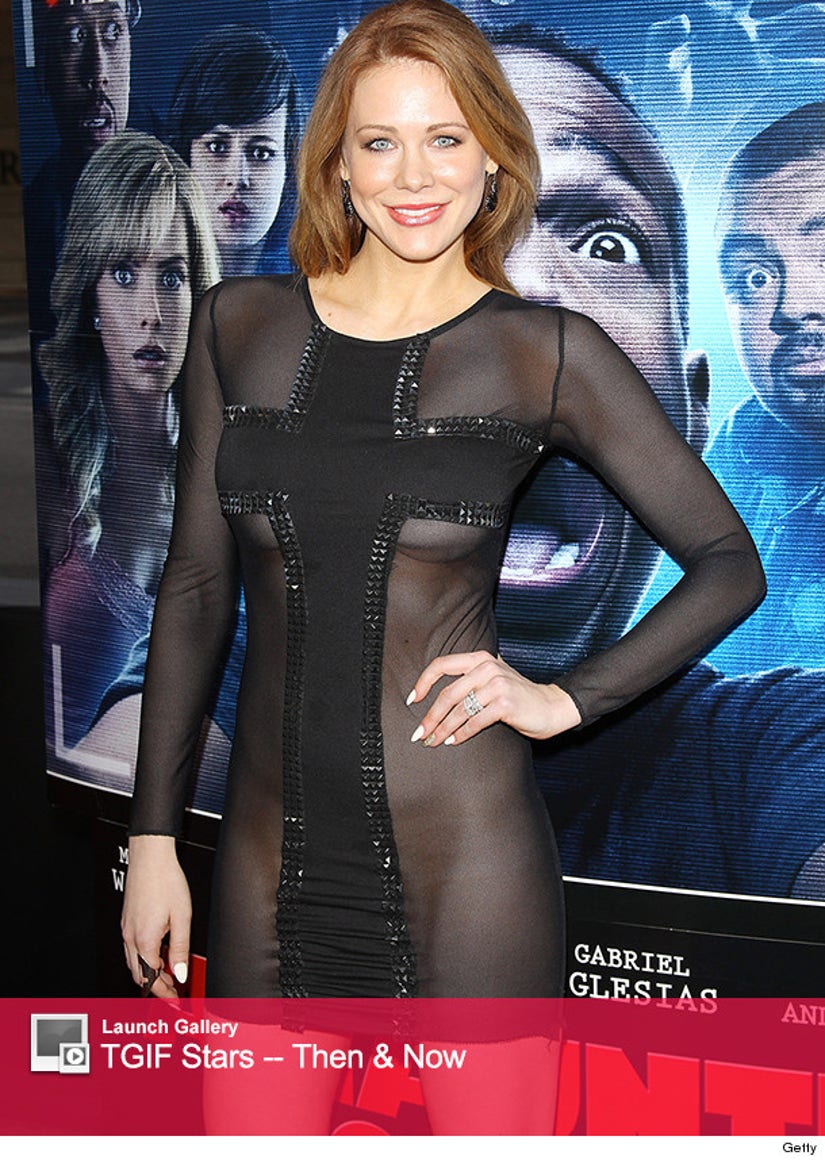 Rachel McGuire's all grown up, and looking HOT!

Former "Boy Meets World" star Maitland Ward showed some serious skin at the premiere for "A Haunted House 2" in Los Angeles on Wednesday.

Clearly, Maitland has the body to pull off this risque look ... but is it too much?

Ward played Eric and Jack's roommate in the college years of the hit ABC show, and went on to star in flicks like "White Chicks" and TV shows such as "Out of Practice" and "Rules of Engagement."

No word if she'll make an appearance on the "Boy Meets World" spin-off, "Girl Meets World," but she was seen on set.

What do you think about Maitland's sexy look? Tell toofab in the comment section below and click "Launch Gallery" above to see even more TGIF stars then and now!