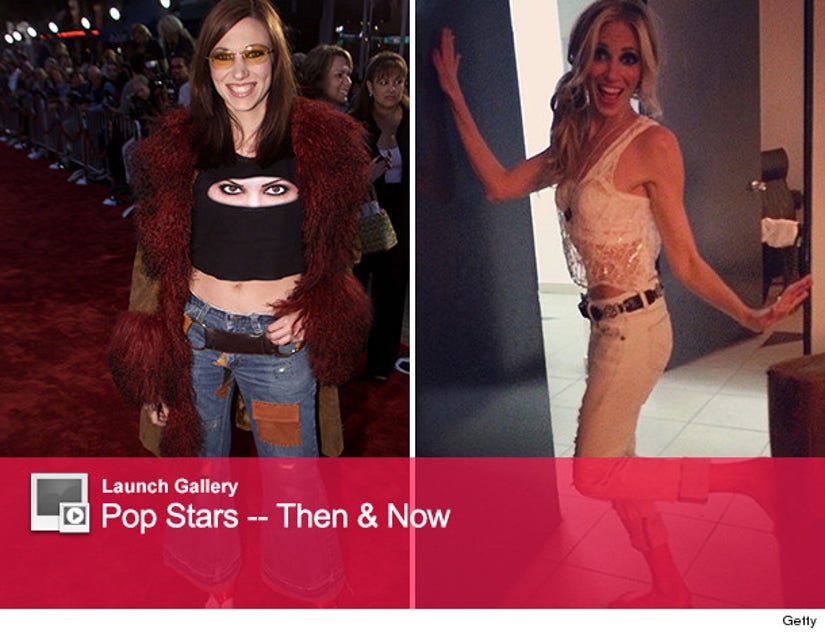 Debbie Gibson has been living with Lyme disease for more than a year, and she's finally ready to share her story.

After receiving harsh criticism from fans about her scary-skinny frame at a concert in Chile earlier this month (right), the pop star took to her blog to explain the reason behind her drastic weight loss.

"Last year, I was diagnosed with Lyme disease," she wrote on her blog. "It is an elusive disease that disguises itself as many other things, and creates a lot of pain and discomfort."

The disease caused her to lose a considerable amount of weight, and she also experienced extreme pain.

"The first symptoms came in the form of food sensitivities," she continued. "I found I could not touch sugar, starch, caffeine, certain oils, etc. without having a severe reaction that felt like electricity running through my body."

According to Gibson, her doctors tested her for "everything under the sun" – except for Lyme disease.

She continued to worsen. "I kept eating a ton of protein and fat to try to keep weight on … egg yolks, red meat, you name it. But the weight kept falling off and I had a gaunt and sinewy look."

She felt numbness and tingling in her hands and feet, which she said was "very disconcerting for a pianist and dancer, to say the least." The tingling was followed by night sweats, fever, nerve tremors, nightmares and migraines.

Her loved ones were concerned about her weight loss. "At times, my boyfriend would insist I eat some pasta and butter, even though I did not feel great doing it," she says. " 'You need to gain weight,' he would say. My spine was frail and unprotected."

Gaunt and extremely sick, the former "Celebrity Apprentice" star said she got Botox injections to help bolster her wrinkled face -- but those procedures "wreaked havoc on my physical and mental state." Gibson added, "I will never put this or any other toxin into my body for vanity reasons again."

After months of struggle, Gibson finally found a doctor who started treating her for Lyme disease.

"I remember sitting in his office, despondent," she said of her specialist, Dr. Joseph Sciabarassi. "By this point, my cognitive thinking had been affected… my sense of direction, sleep, moods, stamina, muscles and joints. And, I had this sunken in look and dark circles under my eyes."

After months of treatment, Gibson felt ready to head to South America to perform. "I was painfully aware of my appearance," she shared. "I am an advocate of being lean and healthy and toned. Not skeletal."

While sharing her adventures and concerts in Chile with fans, Gibson unfortunately was called out about her appearance. "I would come across comments about my weight and appearance. Some were just plain mean and ignorant," she recalled.

The "Foolish Beat" singer concluded her post by pleading, "I want to urge you all… NEVER JUDGE… ANYONE! You never know what someone is going through. These comments hurt the people writing them… not me."

We love her honesty and hope she's finally getting some relief!

What do you think about her candid comments? Tell toofab in the comment section below, and click "Launch Gallery" above to see more celebrity weight loss stories.