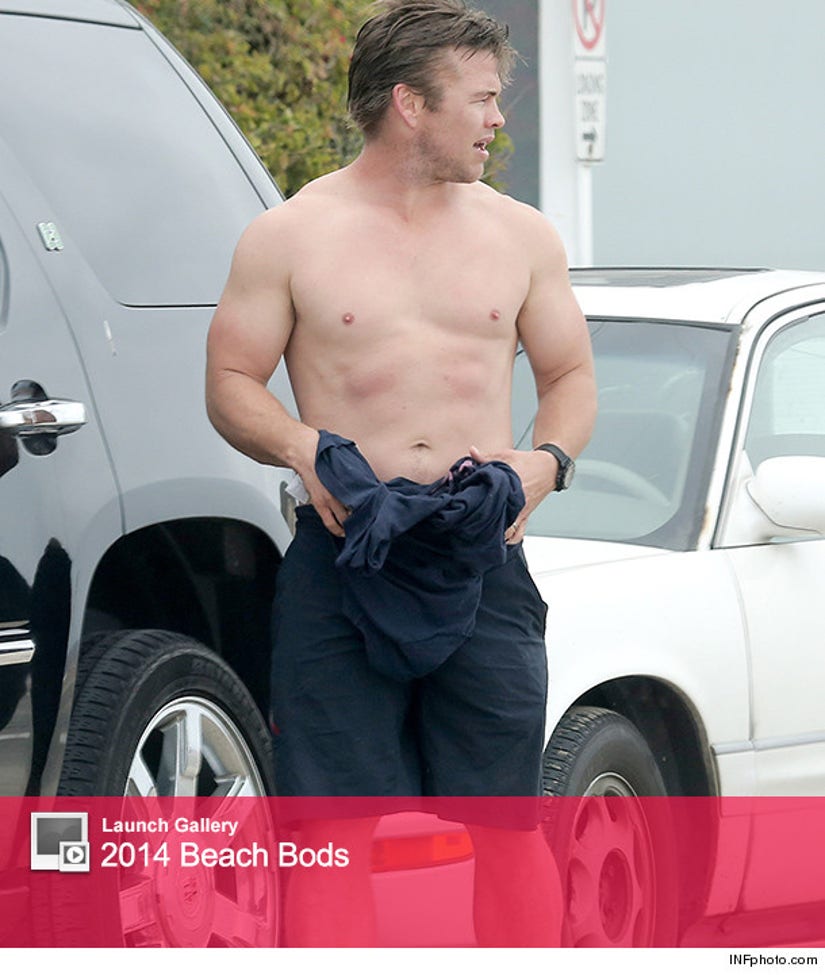 Luke Hemsworth flaunted his rock hard abs as he headed back to his car following an early morning surf Thursday in Malibu, Calif.

The older brother of Liam and Chris proved that he's just as muscular as his little bros during his beach outing!

Luke is also an actor and has starred mostly in Australian television series. Next up, he will appear in the film, "The Anomaly," with Ian Somerhalder and Alexis Knapp. 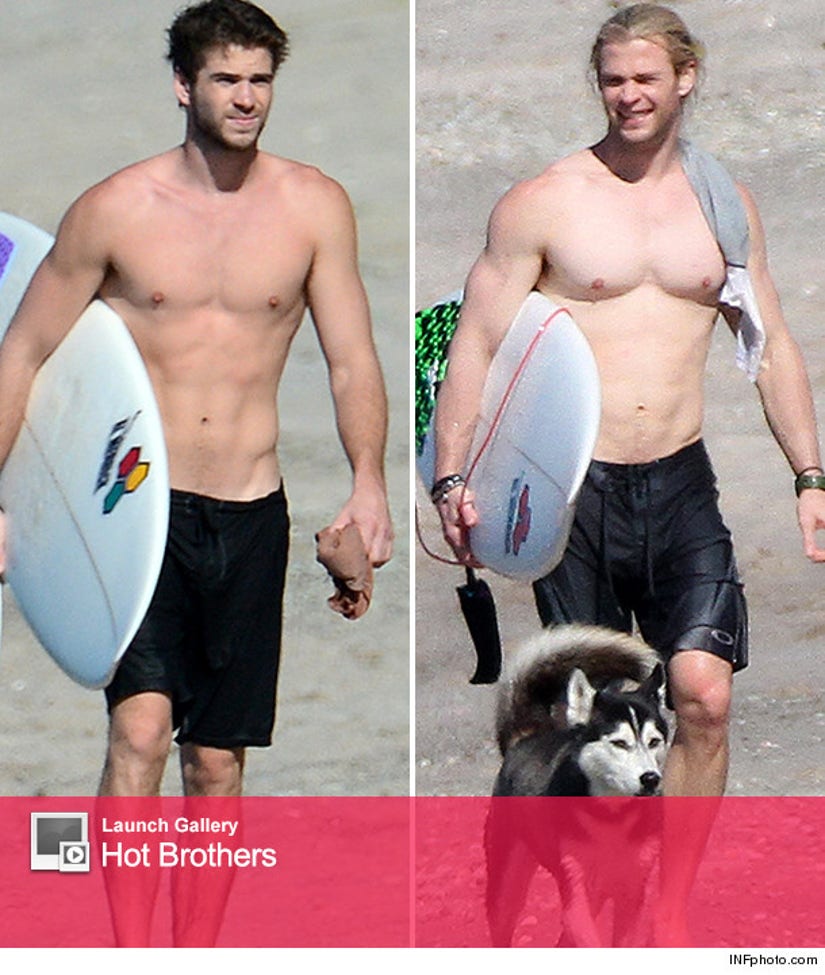 All three Hemsworth boys showed off their buff bodies while vacationing together in Costa Rica back in January 2013. So, how do they stay in shape?

"It wasn't until 'Thor' that I started lifting weights. It was all pretty new to me," Chris told Men's Health. The "Cabin in the Woods" star also revamped his diet to include more protein, vegetables and fruit.

Liam surfed competitively for five years beginning at age 13. "Every day, before and after school. I wanted to surf for the rest of my life," the "Hunger Games" hottie told Men's Health. "It's what all my friends did -- I even had it as a subject in school for a number of years. They teach you all parts of the surfing industry. How to judge surf heats, that sort of thing."

In addition to surfing, Liam works out with a personal trainer (a former Navy SEAL) five to six days a week. His exercises include throwing tires, climbing ropes -- "all sorts of unorthodox stuff that you wouldn't normally do in a gym," he told the magazine.

While we aren't sure about Luke's fitness routine, he certainly seems to be working hard on that body too!

Which Hemsworth brother looks best with his shirt off? Sound off below, and check out more Hollywood hotties above!