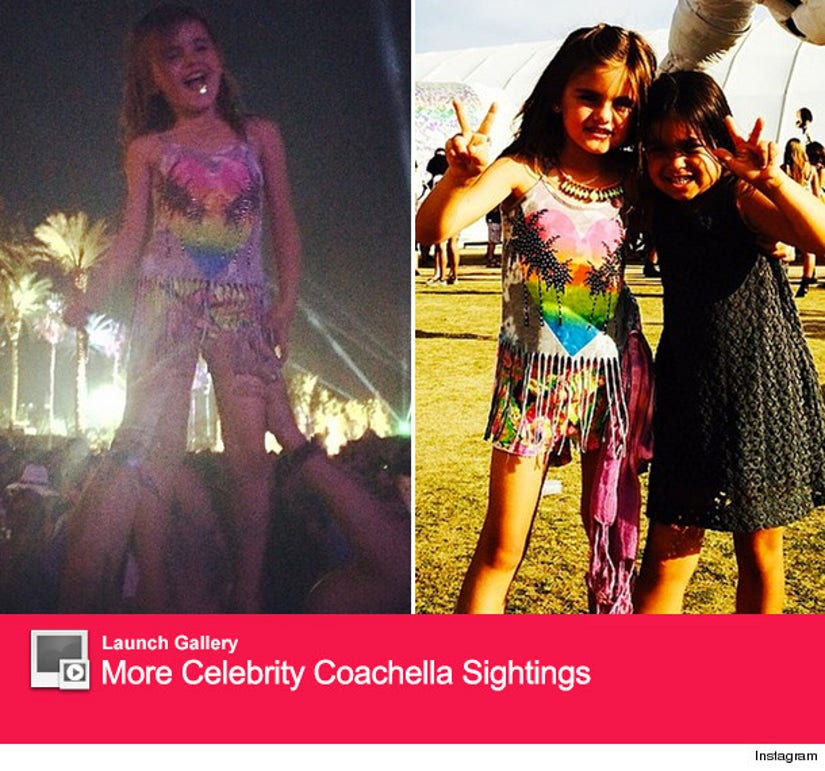 Alessandra Ambrosio went back to Coachella for Weekend Two -- and this time, she brought her daughter with her.

The Victoria's Secret model shared some photos from the festival grounds on Instagram yesterday, showing her adorable, 5-year-old daughter Anja having a blast walking around during the day and watching a performance later in the evening.

While it looked like she was really enjoying herself, some of Alessandra's fans were not enjoying the pics from home -- taking her to task for bringing her kid to the event.

"I'm a young mom that enjoy music festivals as well, however there is a limit on bringing kids to a festival like this one where is full of druggies, drunkies, and of course a sexy environment that it's unnecessary to be exposed on this early age," one commenter wrote on Instagram.

"Having a baby sitter watching them at the hotel would be the smartest parenthood action since the first weekend of the event wasn't enough for you," they continued.

"That's terrible, I would never let me CHILDREN go to a festival where it's gonna be surrounded by drugs and people on drugs, it'll just make them curious," posted another.

"You are such a bad parent for this," "Who takes their child to Coachella? #badparenting" and "Not going to lie but inhaling all that weed, smoke, and dust storms is not for children," others added.

Of course, not everyone was against it -- as many fans joined in to defend Alessandra's actions or express serious jealousy over how "cool" her daughter is.

"Coachella is for all ages you morons!", "omg! rad" and "Her daughter's life is more exciting than ours," fans posted.

FYI, Alessandra's rep says the model will not be commenting on the issue, but we're told Anja was "well looked after" and the second weekend is "much calmer" than the first.

This is Anja's second time attending the festival, she went in 2013 as well.