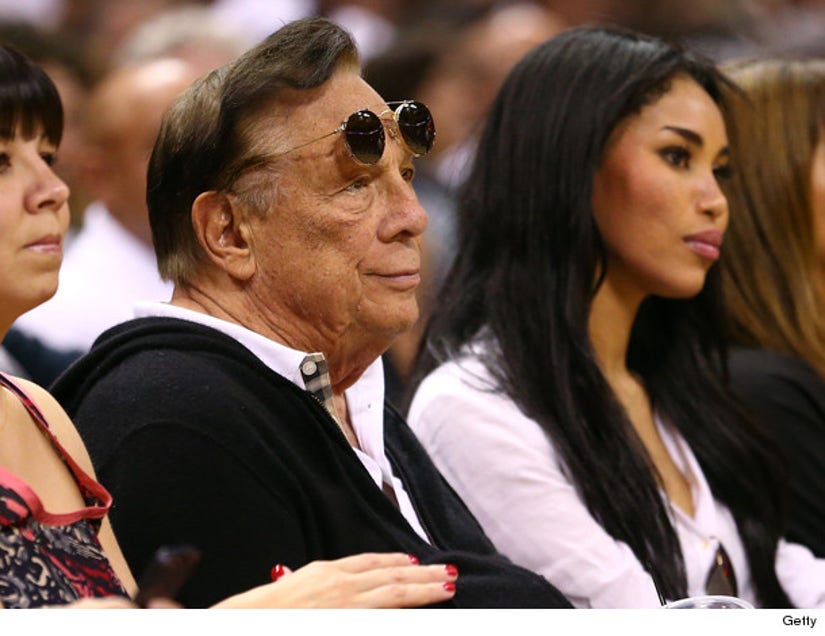 Los Angeles Clippers owner Donald Sterling has been suspended indefinitely by the NBA, according to league commissioner Adam Silver. He also must pay a $2.5 million dollar fine -- the maximum amount allowed by the NBA.

"When specific evidence was brought to the NBA, we acted," Silver said in during a press conference Tuesday. "Mr. Sterling has acknowledged that it was his voice on the tape."

Silver's decision comes just three days after TMZ Sports posted audio of Sterling making racist comments to his girlfriend, Vanessa Stiviano. In the phone recording, the 80-year-old criticizes his 31-year-old girlfriend for posting photos of herself with black people on Instagram -- including a snapshot with NBA legend Magic Johnson.

There is no amount of money that excludes you from treating other people with respect. Thank you, Adam Silver. @TheEllenShow

I will always be a Knicks fan, but I am a business man. @iamdiddy

Way to go, Commissioner Silver! The NBA stands for everybody!

Do you think the punishment fit the crime? Sound off!