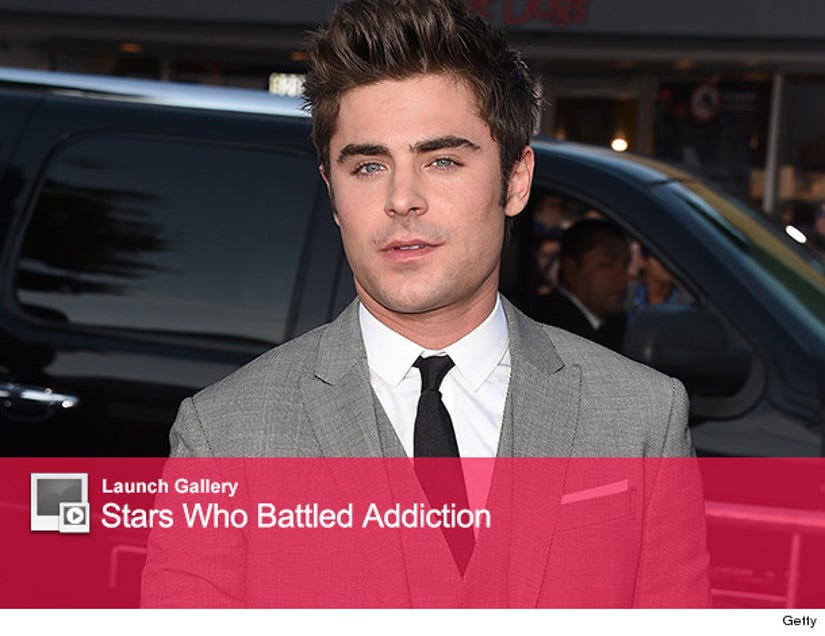 Rehab, a mysterious fall and one shady Skid Row altercation have made Zac Efron's life prime tabloid fodder these days -- and now, the actor is finally speaking out.

In a very candid new interview with The Hollywood Reporter, the "Neighbors" star opens up about his battle with drugs and alcohol and sheds a little more light on that fight with a homeless man in the middle of the night.

"I was drinking a lot, way too much," Efron says of his life before rehab. "It's never one specific thing. I mean, you're in your 20s, single, going through life in Hollywood, you know? Everything is thrown at you. I wouldn't take anything back; I needed to learn everything I did. But it was an interesting journey, to say the least."

Zac admits he recently joined Alcoholics Anonymous and has been going to a therapist.

"I think it's changed my life. I'm much more comfortable in my own skin," he says. "Things are so much easier now. It's a never-ending struggle."

And, speaking of struggles, here's what he had to say about the now-infamous late night fight.

Efron says he and a friend were looking to grab a bite to eat in Downtown L.A. when their car broke down. While waiting for an Uber, Zac says a homeless man started fighting with his friend.

"I saw that [the homeless man] was carrying some sort of a knife, or shank, and I got out of the car to disarm him," Efron continues. "At some point, he dropped the knife, and I got hit pretty hard in the face -- and almost instantly the police were there to break up the fight."

Despite that extremely scary moment, Zac says he's in a great place these days.

"Without those moments where you feel like your lowest, it's impossible to appreciate the high ones," he says. "But I sit here in front of you today much happier and healthier than I've probably ever been."

For more on Zac, check out The Hollywood Reporter's full interview -- it's a really interesting read!