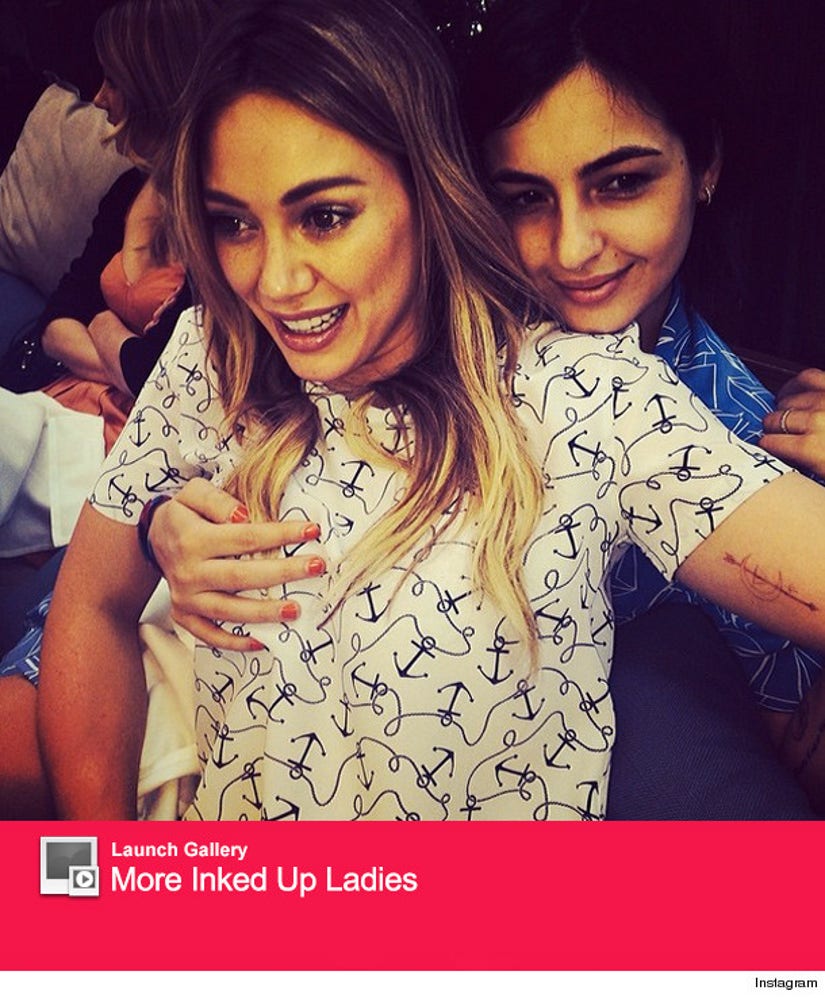 Calm down everyone, Hilary Duff isn't a follower of Xenu just yet.

The Internet went wild with speculation that the former child star was joining Scientology after a photo of her hanging out with a mysterious tattoo on her forearm popped up on The Daily Mail. The British tabloid went on to say that the symbols in her ink were all related to the controversial religion -- and mentioned that Duff has been hanging out with noted Scientologist Alanna Masterson (above right), who stars on "The Walking Dead."

But Duff spoke up about the reports last night on Twitter, explaining the real reason behind her new tatt.

My favorite moon is out tonight 🌙which is what arm tattoo actually stands for in case anyone was confused ...

It's also worth noting that Duff and Masterson have been besties for years, so this friendship isn't anything new.

The actress also spoke out about her relationship with estranged husband Mike Comrie last night, opening up about their current status with E! at the iHeartRadio Music Awards.

"We're constantly seen together and people are like, 'What are they doing? Are they back together? Are they not?' We're really good friends and we have so much respect for each other and obviously Luca is our No. 1 priority," she said.

"I think we got to a point where we were like, we really need to honor happiness and whatever that is and however we need to sort that out or work that out, we're doing that. We love each other so much and we love spending time together," she continued." When you see us out it's not just for Luca, it's because we make plans and we hang out and we don't know what our future looks like right now but we're both doing really good and just figuring out what makes us happy."

So, we can all stop worrying about Hilary Duff, it sounds like she's doing just fine!