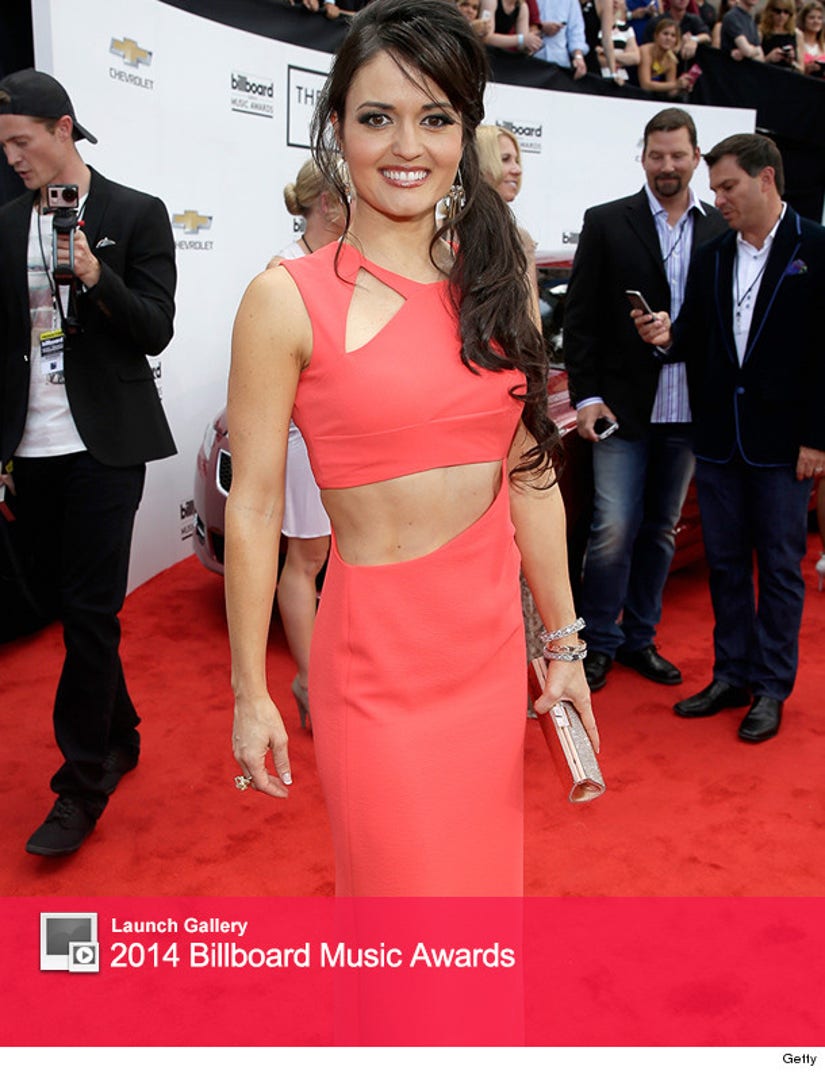 While Carrie Underwood showed off the girls and Jennifer Lopez flaunted her legs, Winnie Cooper went in a totally different direction.

Former "Wonder Years" star Danica McKellar put her six-pack on display when she showed up to the 2014 Billboard Music Awards in Las Vegas on Sunday night.

Sporting a bright tangerine dress with cutouts on her shoulder and stomach, it was hard to miss the current "Dancing with the Stars" competitor's shredded physique.

It's clear all that dancing has been keeping this 39-year-old in serious shape!

McKellar has been showing some skin all season long on the ABC series and she's loving the effect the show has had on her bod.

"I'm really glad that all the rehearsing is getting my body extra tone for the outfits," she said about the sometimes skimpy costumes.

How do you think she looks? Sound off below and see more Billboard fashion in the gallery above!