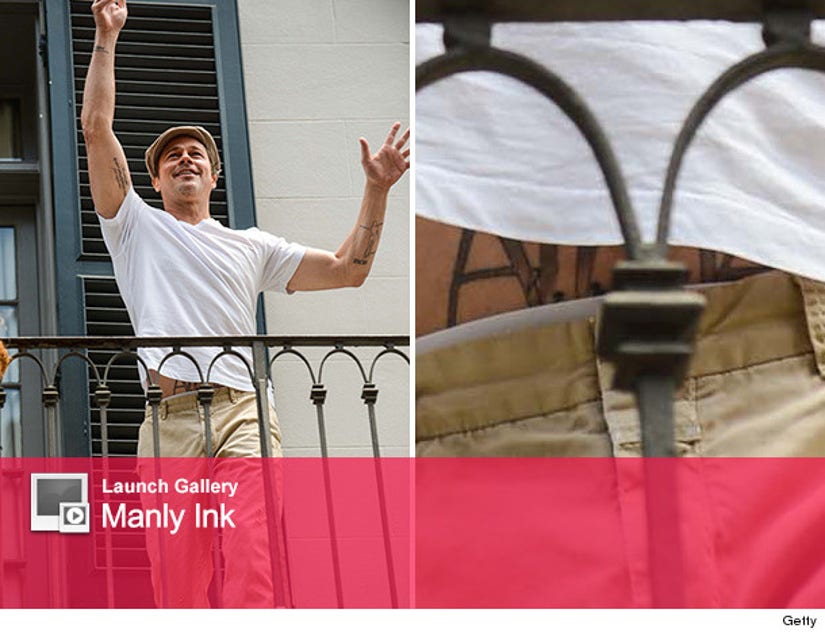 What have you been hiding down there, Brad Pitt!

The actor gave fans a glimpse of his stomach over the weekend in New Orleans while throwing a beer to Matthew McConaughey from his balcony -- and revealed a stomach tattoo we've never seen before.

We can't make out what it is, but we spy what looks like a giant "A," perhaps something in tribute to longtime partner Angelina Jolie?

He also has the first letters of all his kids' names -- Shiloh, Vivienne, Knox, Pax, Zahara and Maddox -- on his wrist, a tattoo of Ötzi the iceman and some random lines that Jolie wrote on his back one night, among others. Get a better look at them in the gallery above.

Hopefully we'll get to see a shot of the full tatt some day, but seeing as we don't see Brad Pitt shirtless as much as we used to, we won't hold our breath.

Of course, Angie is quite the inked-up lady as well -- see her pieces in the gallery below. 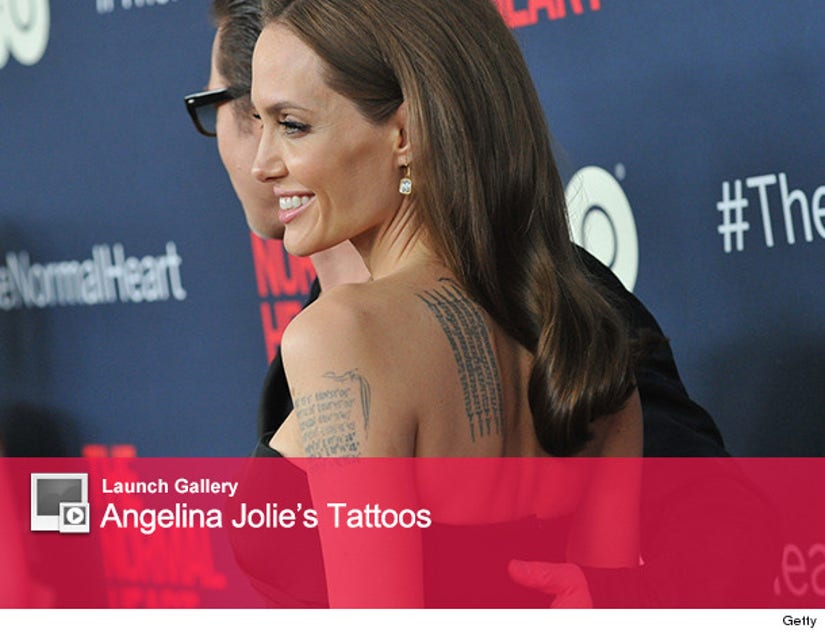