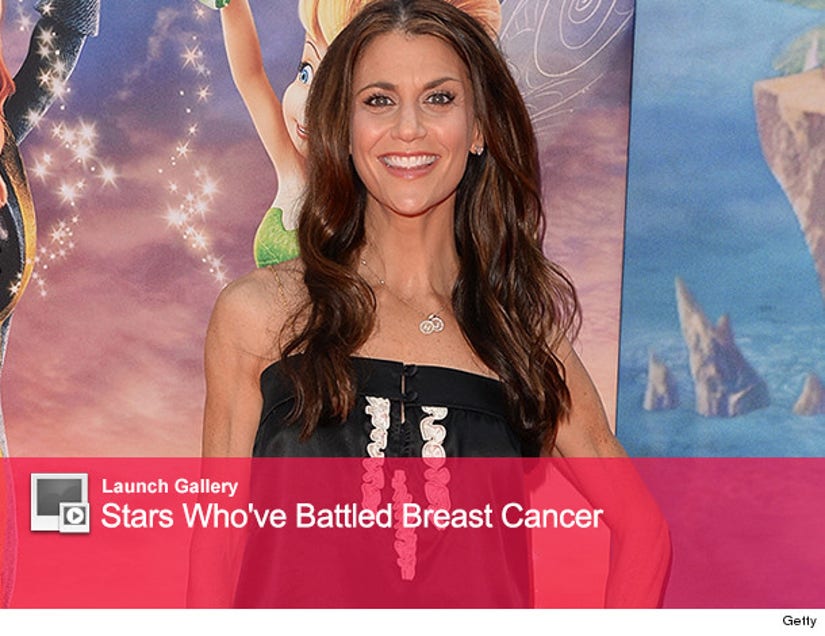 Samantha Harris has made it through surgery.

The "Entertainment Tonight" correspondent took to Twitter on Tuesday to share the news that she underwent double mastectomy surgery.

"Made it thru grueling double mastectomy #surgery. Thanks to all of my amazing surgical team. Like my 'art' b4 heading in?!" the 40-year-old wrote, along with a pre-surgery snapshot.

The TV host found a lump in her right breast in a routine self-examination last fall. Although she had recently had a clean mammogram, she saw a breast cancer specialist and was diagnosed with breast cancer.

After considering the treatment options, the mother-of-two chose a double mastectomy over or a less-radical second lumpectomy.

"I was sick of feeling the way that I did in the days after the diagnosis," Harris explained. "I knew I needed to take control." Once Samantha made the choice to have the double mastectomy, she admits, "I felt so much calmer."

Harris married Michael Hess in 2005. They have two daughters: Josselyn, 6, and Hillary, 3.

We're happy to see that Samantha's on the mend!