When you're the one throwing up in front of Miley Cyrus, something's wrong.

Jennifer Lawrence appeared on last night's "Late Night with Seth Meyers," where she let all of us know what it's really like at some of the crazy Oscar after-parties -- and, the way she tells it, they sound insane!

Between sniffing Brad Pitt and hopping to a bash hosted by Madonna, it's clear the Academy Award-winner had an incredible evening, even though Lupita Nyong'o went home with the trophy in 2014.

But the most embarrassing moment of the night happened at the very end of the Madge soiree, when J-Law found herself puking over Guy Oseary's porch as the former Disney star watched.

See how she explained it above -- and check out some of the after-party insanity below. 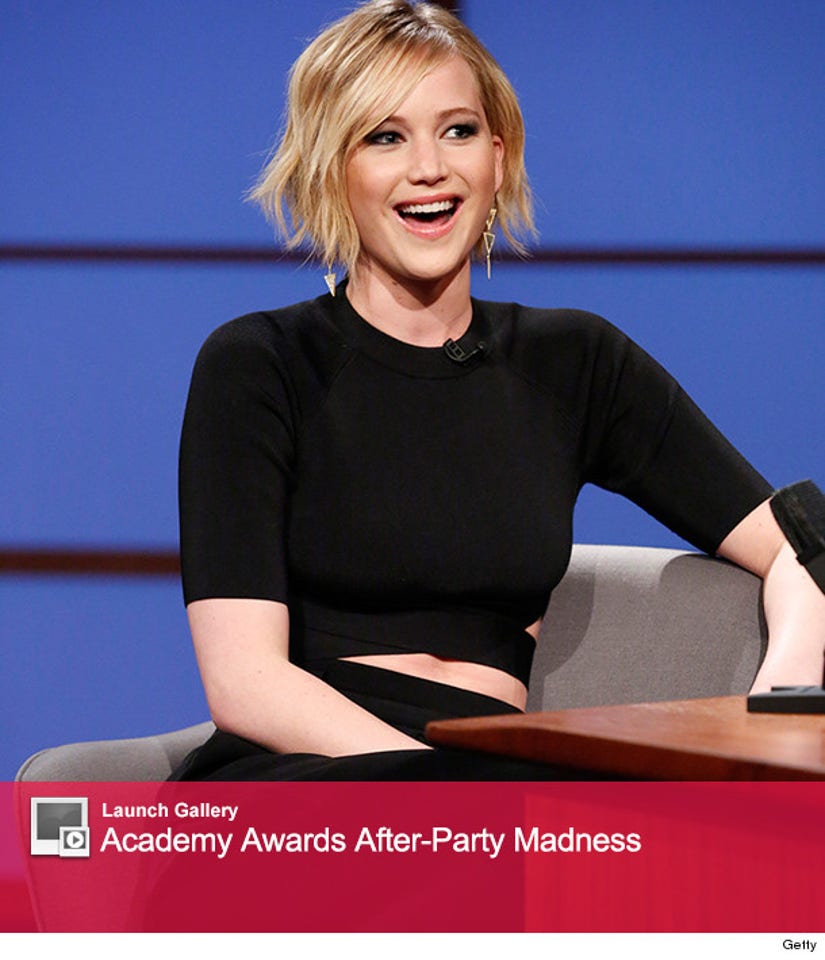