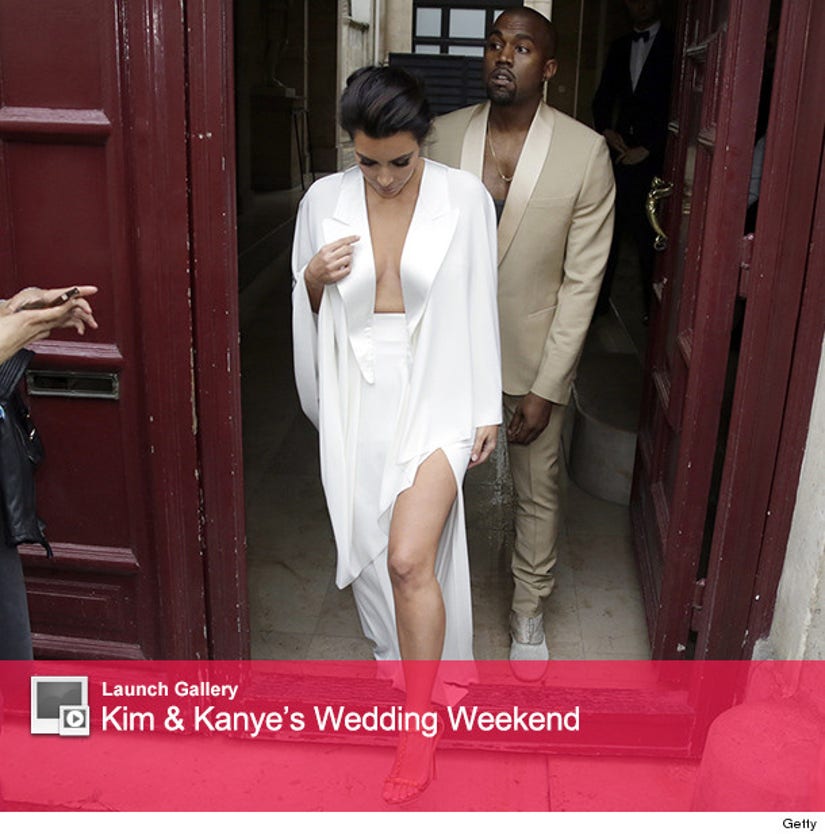 Kim Kardashian and Kanye West tied the knot on Saturday at the 16th-century Belvedere Fort in Florence, Italy in front of an A-list crowd of their famous family and friends.

﻿The couple and their wedding party were spotted arriving in Florence before heading to their respective hotels, with Kim and her close family staying at Villa San Michele and other guests checking in at the Westin Excelsior.

During the wedding, the couple, along with their guests, enjoyed a magical performance by Andrea Bocelli. The famed Italian tenor serenaded Kim and Kanye with several songs, including "Con te Partiro," according to E! News.

The bride wore a Givenchy Houte Couture gown. Both Kanye and North West wore clothes from the fashion house as well.

Kim and Kanye have treated their guests to a weekend of fun festivities!

On Friday, the duo organized an elegant lunch at Valentino's Château de Wideville, followed by a private tour and rehearsal dinner at the Palace of Versailles.

The guests enjoyed a performance by Lana Del Rey and a fireworks display around midnight.

The bride and groom-to-be arrived in style via motorcade and, as if there was any doubt, were dressed to the nines.

North West's mama donned a white, cleavage-baring gown with her hair swept back off of her face.

Her Grammy-winning beau rocked a tan suit with a grey undershirt (and showed off some man décolletage himself!) paired with matching oxford shoes.

On Thursday, the reality star's closest gal pals got together for a girls' night dinner at the Salon Chinois inside the Costes Hotel in honor of the blushing bride.

Keep checking back for more updates on the couple's big day at toofab's Kardashian Wedding Central!