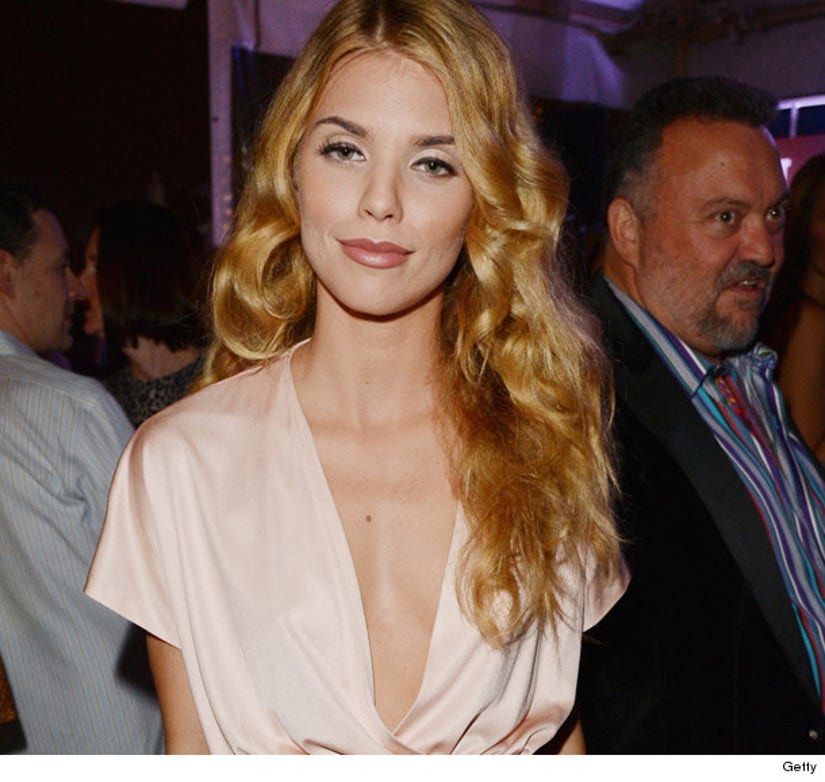 Former "90210" star AnnaLynn McCord is opening up about a particularly traumatic event from her past.

The actress reveals she was raped when she was 18 in an extremely candid new article for Cosmopolitan, where she also talks about her troubled upbringing and suicidal thoughts after suffering physical and sexual abuse.

For McCord, the trauma started when she was young, growing up in an extremely religious family in Georgia.

"My parents believed in strict 'discipline,' as they called it — I would call it abuse. The punishments were painful and ritualistic. We would have to bend over the bed, sometimes with our pants down, arms outstretched, and get spanked — with a ruler in our younger years and later with a paddle that my parents bought when they thought the ruler wasn't strong enough."

Around the age of 15 she moved to Miami and started modeling. While she was away from the trouble at home, she fell into relationships that she calls "dark and violently dramatic."

But it was at 18 when things took the darkest turn.

"When I was 18, I moved to Los Angeles to audition for roles. My boyfriend planned to come later. One night, a guy friend called. He said he needed a good night's sleep for a meeting, as he'd been crashing on someone's couch. I had known him for some time, so I said to come over and I set him up with a clean towel. We sat on the bed and talked for a while, then I fell asleep. When I woke up, he was inside me," she says.

"I felt so disoriented and numb, I closed my eyes and pretended to be asleep. I wondered if I had done something to give him the wrong idea," McCord continues. "I felt afraid of making him angry. Believe it or not, I didn't want to offend him. I just wanted it to be over."

While she kept the assault a secret from all her friends, family members and boyfriend, McCord also started cutting herself and writing "dark poetry" on her arms.

Though she eventually confided in her inner circle about what had happened, she says she had a breakdown while filming a rape storyline for "90210" -- when her character, Naomi, was raped by a teacher.

"My castmates thought I had done a great job playing the part," she says. "They had no idea that I had actually been sexually assaulted by someone I knew in real life." She adds that she "thought seriously about killing" herself by overdosing on pills, but stopped when her sister called her at the right moment.

These days, the 26-year-old actress is in a much better place.

"I have a profound intimacy with the man I love, Dominic Purcell," she says. "I have wonderful, mind-blowing sex with my man, and it no longer causes me guilt or shame. I have my message for women and girls: You have a voice. Don't let the polite lies of society silence you."