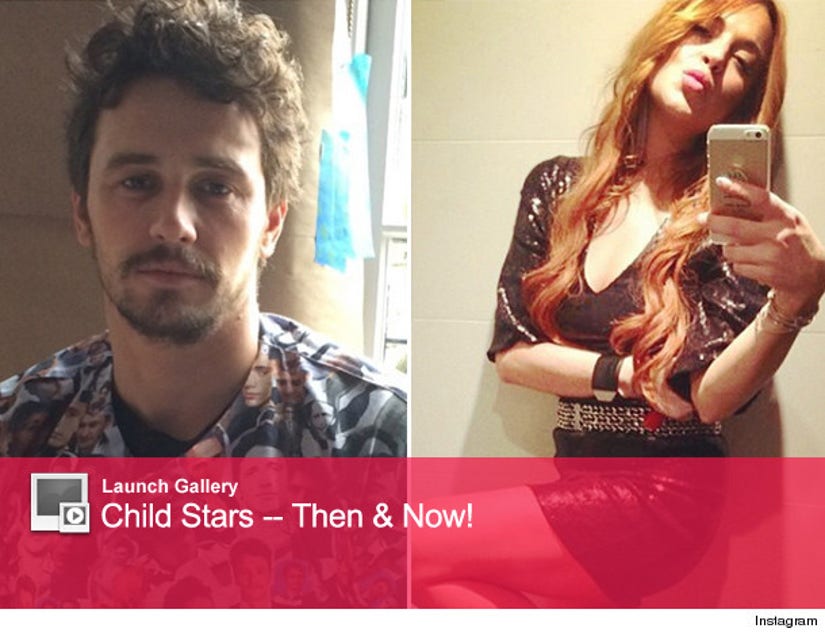 The "Mice of Men" star wrote a short story about the time a girl named "Lindsay" maybe, sort of, tried to have sex with him at the Chateau Marmont in Hollywood. And while it's supposed to be a piece of fiction, it sure sounds like he's talking about the "Mean Girls" star again.

The story, titled "Bungalow 89," was posted to Vice and reveals what really went down behind closed doors at the Hollywood hot spot.

"Once upon a time a guy, a Hollywood guy, read some Salinger to a young woman who hadn't read him before. Let's call this girl Lindsay. She was a Hollywood girl, but a damaged one. I knew that she would like Salinger, because most young women do," he writes.

"Now we were lying in bed. I wasn't going to f**k her. She had her head on my shoulder. She started to talk. I let her," he adds. Franco goes on to reveal a story "Lindsay" told him about the time she took "two Oxycotins and things got bad."

"I ran my fingers through her hair and thought about this girl sleeping on my chest, our fictional Hollywood girl, Lindsay. What will she do? I hope she gets better. You see, she is famous. She was famous because she was a talented child actress, and now she's famous because she gets into trouble. She is damaged. For a while, after her high hellion days, she couldn't get work because she couldn't get insured. They thought she would run off the sets to party. Her career suffered, and she started getting arrested (stealing, DUIs, car accidents, other things)," he reflects.

"But the arrests, even as they added up, were never going to be an emotional bottom for her, because she got just as much attention for them as she used to get for her film performances."

Franco also reveals that he stayed at the hotel for nine months while his house was being worked on, the same place that the red-headed beauty called home at the time.

James likewise reveals that every night of his stay, "Lindsay" would come to his room looking for him and, "Instead of f**king her, I read her a short story about a neglected daughter," he says.

How much do you think of this story is fact or fiction? Sound off below and click "Launch Gallery" above to see even more child stars then and now!