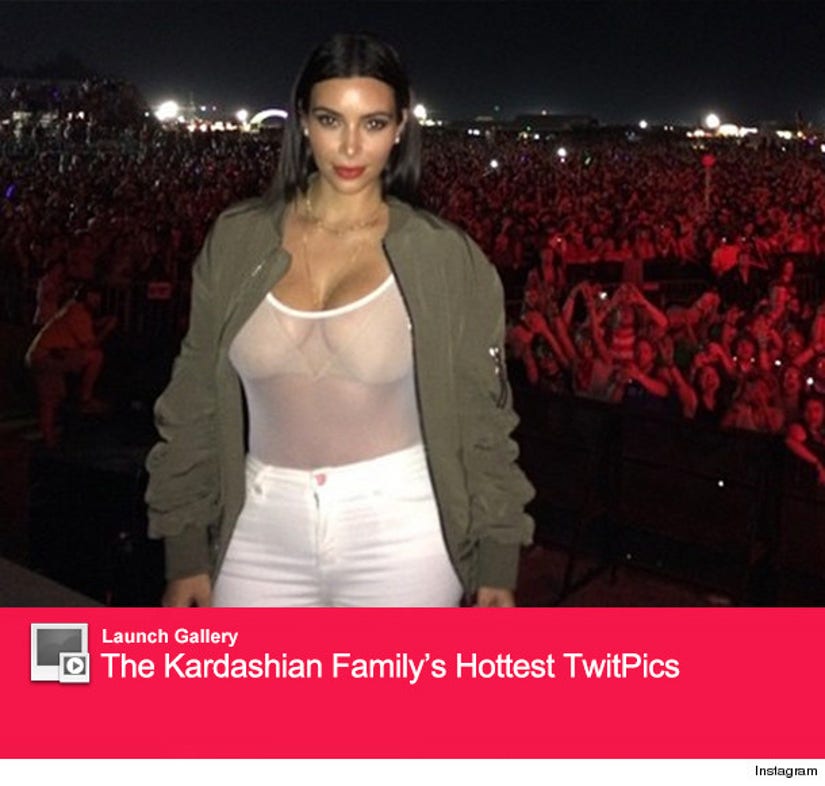 The reality TV star supported husband Kanye West at his Bonnaroo performance on Friday night in Tennessee -- and sported a completely see-through top while doing it.

With a skimpy nude bra on under the sheer shirt, Kimmy put a whole lotta cleavage on display as she rocked out on the side of the stage for Kanye's set. She paired the look with an olive jacket, white pants and heels, all while flaunting her tight tummy.

"Oh hey 100,000 people! #Bonnaroo," she captioned the photo above -- which shows her standing in front of a huge crowd of people, many of them holding up cameras to take her (and presumably Kanye's) photo. 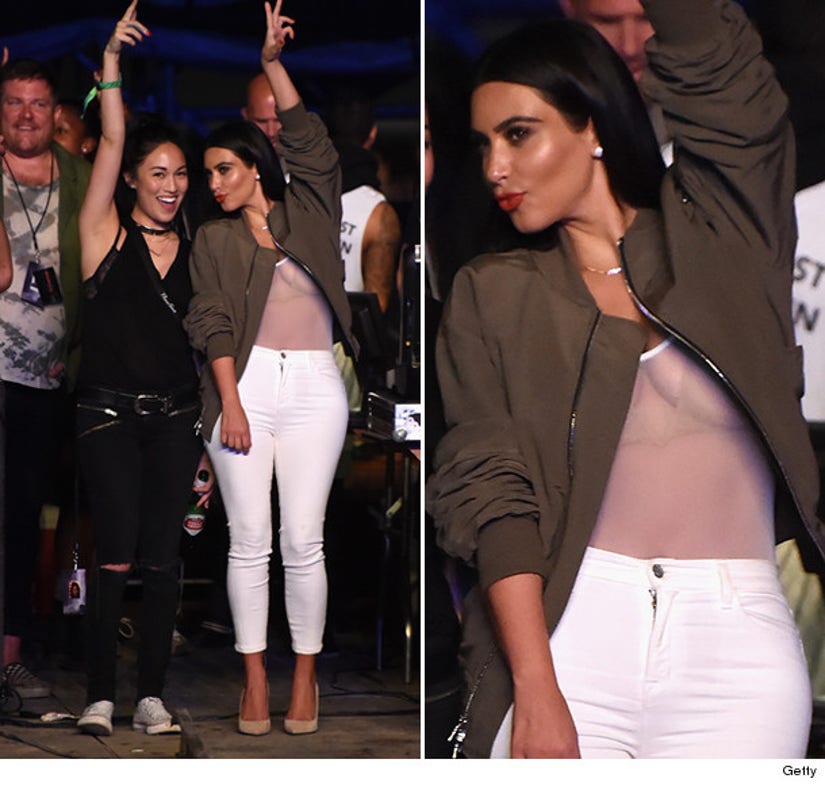 The sighting comes after Kim was spotted in Mexico, where she posted a few more revealing photos in a white bikini.

Her mom, Kris Jenner, later followed those pics up with a swimsuit pic of her own.

Do you think Kris will try this top on next to try and one-up Kim? Stay tuned ...